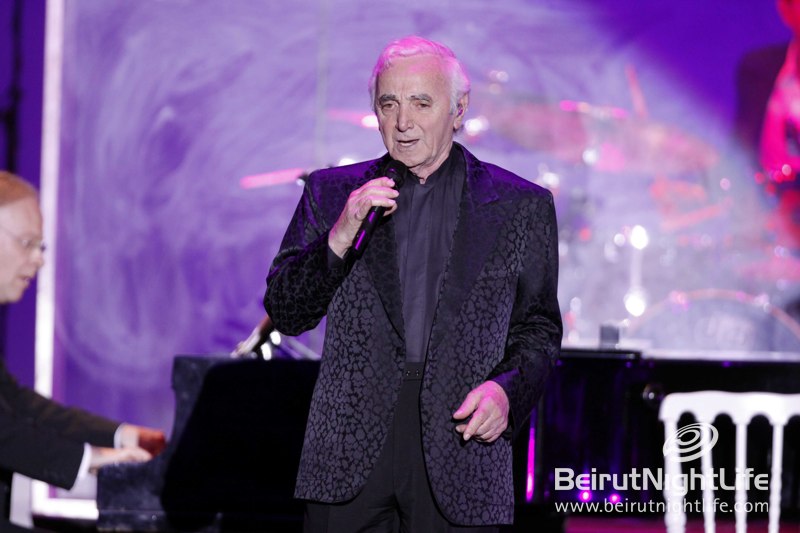 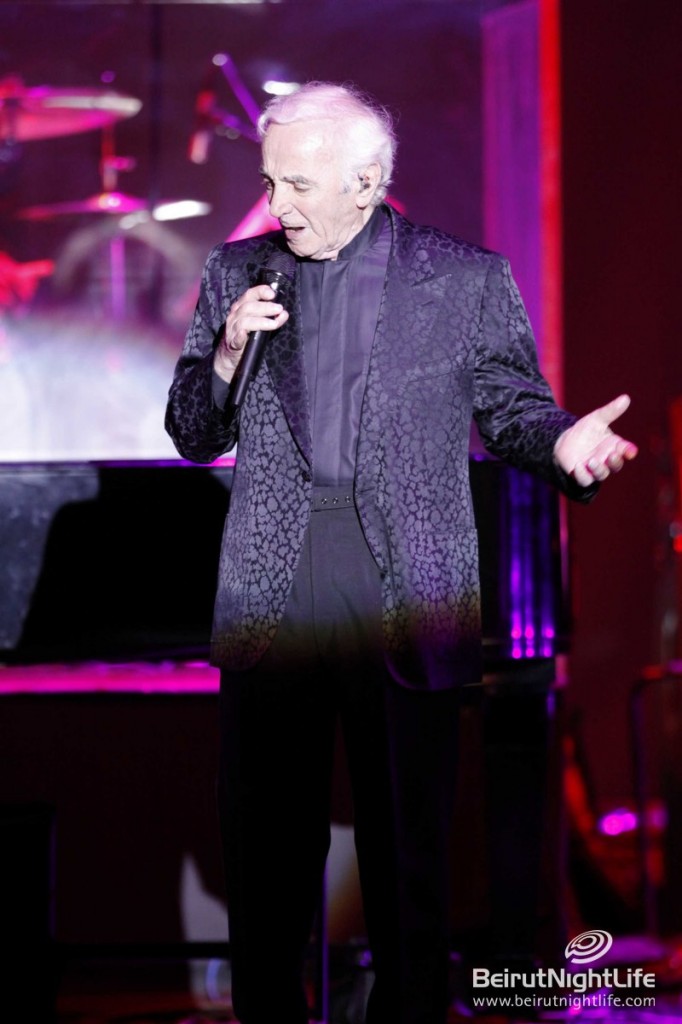 “La Boheme”, “Formidable”, “A ma fille” …, enchanting songs echoed yesterday across the city of Jounieh as part of a remarkable concert performed by the great artist Charles Aznavour and his musicians at Jounieh International Festival.

Fouad Chehab Stadium erupted in rippling cheers as the amazed audience, captivated by the international icon, applauded his enduring voice, which embraced the city and its surroundings creating an extraordinary atmosphere embroidered with a deep love for Lebanon. Aznavour, and despite the tension the region is witnessing, had chosen to make an appearance in Jounieh in particular, and in Lebanon in general, in order to highlight the important position the country holds in Middle Eastern and International cultural and artistic tourism.

In collaboration with the ministry of tourism and the municipality of Jounieh, organized by the NGO “Phellipolis” ─ friends of the city, executed by ICE, the festival has indeed fascinated the spirits of the spectators by beams of beauty and waves of light.

The inaugural evening of Friday, August 29th    also marked a golden opportunity to reflect the traditional Lebanese character through a bouquet of festivities that channeled into the Old Souk of Jounieh, and to convey a sensational image invigorated by breathtaking light shows that filled the sky and overflowed the bay of the city. 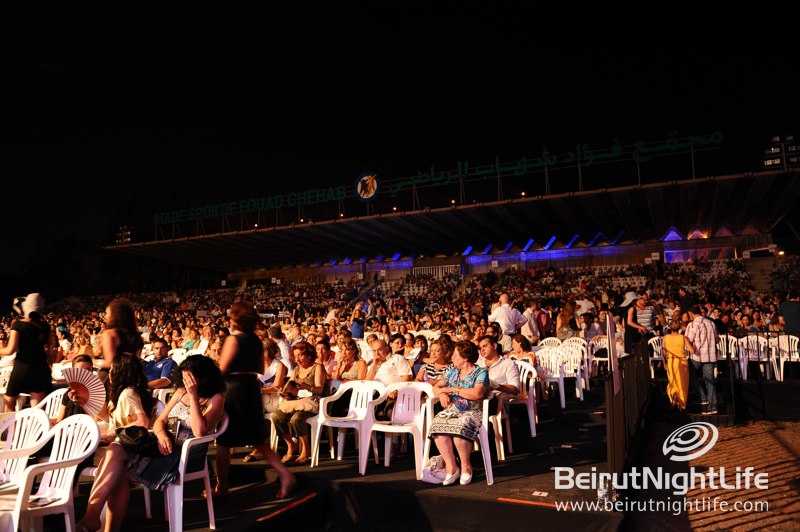 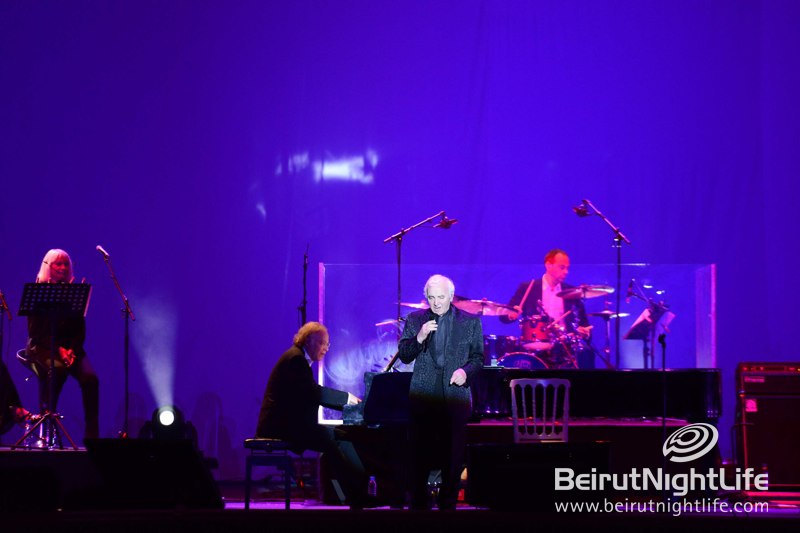