Akon After Party at Beiruf 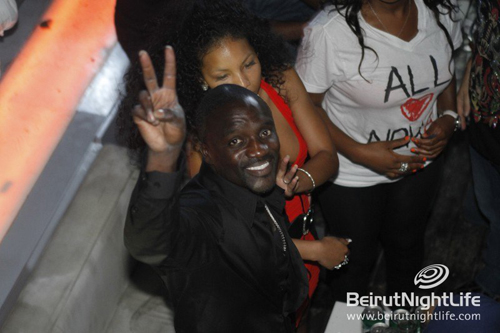 The Akon effect was all over Lebanon yesterday, after an enormous concert in La Marina Dbayeh, the Konvict after partied at the prestigious rooftop venue in Beirut, Beiruf. The moment the Senegalese American superstar stepped foot in Beiruf, the clubber got hit with Akon craze and danced their brains out on the beats of the Afrikon.

Beiruf was not different from La Marina, packed, hyped, anxious, and HOT!!! The best of Akon came out in the skies of Beirut till the early hours, of the morning from one place only Beiruf!!