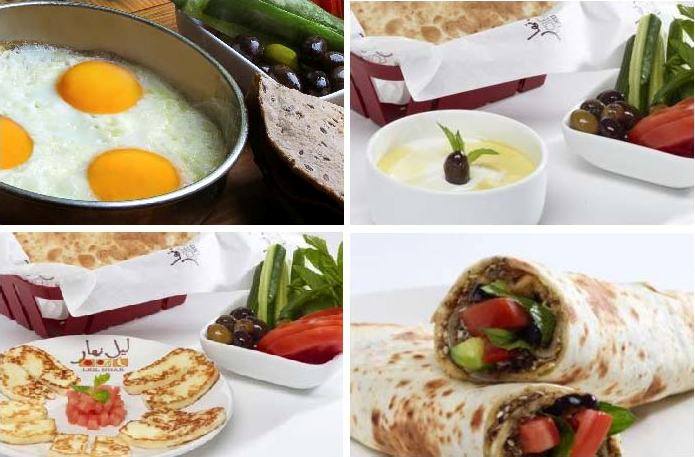 Beirut is the city that never sleeps, and after a long night out on the town you’re probably starving! Whether you’ve been sipping fancy cocktails at Momo’s, partying it up at The O1NE, dancing the night away at a C U NXT SAT party, or chilling on the streets of Mar Mikhael, hours later everyone gathers around the one thing that makes us all human: food. This is where the real after-parties happen, where the drunk sober up, and the starving are satisfied. Without further ado, here are top BeirutNightLife’s picks for the best after-party breakfasts in the city:

It’s become synonymous with breakfast in Beirut. The man’oushe empire’s many branches all over the country (not to mention internationally) are the starvation destination for the young and the old, all looking for a delicious bite on the way home from a night out. Whether you choose to eat in, take it home, or devour it in the car, the food is delicious and very gratifying.

The street outside on a weekend night is always packed with cars, and the restaurant is overflowing with patrons munching on their sandwiches, drooling indecisively over the menu, or anxiously waiting for a table (yes, people wait and it’s well worth it). The many dressed-up post-partygoers lounge on poofs, sit at tables, in booths, and enjoy a breeze on the outdoor terrace. Vintage Tom & Jerry cartoons play on large TV screens while the bustling crowds come in rounds to satisfy their hunger pangs. This is the perfect way Beirutis end a weekend night.

If you’ve got a sweet tooth and an onslaught of Lebanese sandwiches doesn’t hit the spot at 2 AM, we know what will: knefe. The mouthwatering syrup-soaked cheese-in-a-bun is a breakfast tradition in Lebanon, and it’s totally worth the calories. Judging by the crowd outside these joints on a weekend night, this is one of the ultimate favorites in the city.

So maybe you’re not into Lebanese food at all. You won’t go home hungry, don’t worry. Street foods are becoming more and more popular in the city. While some are stationary, others move around in trucks and pop up just when they are needed. From hot-dog stands like Freddy’s, Frank’s, Ray’s and Ron’s, and Charlie’s in Gemmayze and Hamra, who’s franks are oozing with cheese and add-ons, to the baked potato goodness in Spudz potatoes’ truck which tends to gravitate towards Mar Mikhael or just outside the coolest party of the night, there are plenty of non-traditional street food vendors all over the place.


If the night of partying hasn’t left you broke, or you really feel like splurging, Al Falamanki is your go-to destination. The cozy old-skool restaurant serves some of the most delicious, authentic saj in the city and its setting is mesmerising and super chill. It’s the place to be for a luxurious-tasting, home-made-looking, truly traditionally Lebanese breakfast.