A Tribute to The King of Pop at White Beirut 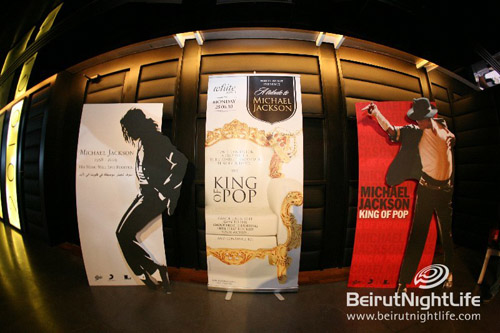 The White Beirut, the most prestigious rooftop and THE hot spot in town was struck by the Smooth Criminals.

White payed tribute to The King of Pop, The Moon Walker, The Smooth Criminal, the One and Only Michael Jackson, in a night to remember. The club was all dressed in Michael Jackson’s famous white glove, and the iconic black hat with the white stripe.

“Bad”, “Remember the Time”, “Thriller”, “Billie Jean”, “Beat It”, “Jam”, “Black or White” and the list does not end, were all songs White clubbers sang along. You can hear “It Doesn’t Matter If You’re Black Or White …..Ooh, Ooh Yea, Yea, Yea Now” with screams all over the place. It was a special tribute to a legend, an icon, a symbol that will be remembered all through the ages till the end of time.

Michael Jackson passed away at the age of 50 on June 25th, 2009 after he suffered a cardiac arrest at his Holmby Hills home and paramedics were unable to revive him.

Michael Jackson, one of the most widely beloved entertainers and profoundly influential artists of all-time, leaves an indelible imprint on popular music and culture.

Five of Jackson’s solo albums – “Off the Wall,” “Thriller,” “Bad,” “Dangerous” and “HIStory,” all with Epic Records – are among the top-sellers of all time and “Thriller” holds the distinction as the largest selling album worldwide in the history of the recording industry with more than 70 million units sold. Additionally, singles released from the Thriller album sold more than 100 million copies worldwide, another all time record.

During his extraordinary career, he sold an estimated 750 million records worldwide, released 13 No.1 singles and became one of a handful of artists to be inducted twice into the Rock and Roll Hall of Fame. The Guinness Book of World Records recognized Jackson as the Most Successful Entertainer of All Time and “Thriller” as the Biggest Selling Album of All Time. Jackson won 13 Grammy Awards and received the American Music Award’s Artist of the Century Award.

Michael Jackson started in the music business at the age of 11 with his brothers as a member of the Jackson 5. In the early 1980s, he defined the art form of music video with such ground-breaking videos as “Billie Jean,” “Beat It” and the epic “Thriller.” Jackson’s sound, style and dance moves inspired subsequent generations of pop, soul, R&B and hip-hop artists.