6.2 Million Dollars…Who Knew Whiskey Could Be This Expensive?! 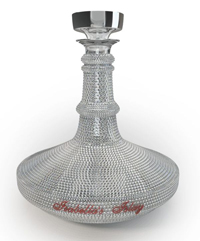 Whiskey is a distilled alcoholic beverage that is made from fermented grain mash. Grains such as barley, malted barley, rye, wheat, and corn….If the drink is basically grains why on earth can it be so expensive? Well that I unfortunately can’t tell you but I can tell you that when it comes to some of the finest luxury liquor, the preferred choice of millions turn out to be whiskey, or more popularly known as ‘Scotch’. There are many choices to choose from when wanting to enjoy the piercing flavor or Whiskey but none that compare to the following list.

The Top 13 Most Expensive Whiskies is a combination of vintage, rage and exotic whiskies that have been aged to precise perfect. Now I understand that these splendid spirits are only available to those who can truly appreciate them, due to the enormous price tags, but window shopping will have to do for now…

Isabella’s Islay $6.2 Million: The all-new Isabella’s Islay is perhaps the best whiskey currently available in the market. The extremely luxurious bottle is essentially a bespoke English Crystal decanter that is adorned with a whopping 8500 diamonds and even features a handsome amount of white gold, along with a generous spread of some 300 rubies encrusted all over the bottle.

105 Year Old Master of Malt  $1.4 Million: The scotch itself was discovered by renowned Scottish historian, Allie Sisell, who found this most expensive single malt in Aberdeen. The Master of Malt was originally distilled February 17th, 1906, while the cask itself survived a raging fire with the spirit intact for a little more than a century. 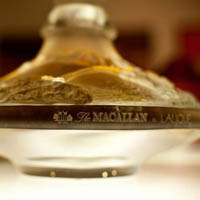 64 Year Old Macallan $460,000: The Macallan whiskey was offered to high profile liquor connoisseurs by the highly acclaimed auction house Sotheby’s in New York and this expensive whiskey is said to be the oldest and rarest most expensive single malt ever sold by The Macallan, since the company’s inception in the year 1824. The most astounding element of the 64-year-old Macallan is its decanter, which exuberates a class of its own.

62 Year Old Dalamore $200,000: An amazing sale of this expensive whiskey took place at the Changi Airport in Singapore and the buyer who is said to be a Chinese businessman gave a down payment deposit for this most expensive single malt, of which only twelve bottles exist. The 62 year old Dalmore comes to about $12,000 per serving.

25 Year Old Pure Pot Still Whiskey $143,000: This luxury liquor was the last bottle to have concocted by the distillery, before it closed its doors in the year 1913. The entire business along with the Persse family estate was taken over its heir, who then invested in horse training.

Dalmore 64Trinitas $160,000: Concocted by the incredibly famous Dalmore Distillery, this most expensive single malt in well renowned as an exotic whiskey and with its eye popping eye, this expensive whiskey easily brings a figure of $32,000 for a single glass. To ensure bespoke exclusivity, Dalmore introduced this wonderful spirit in a limited edition model, with only three bottles ever produced. 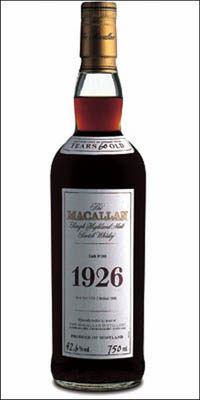 1926 Macallan Fine and Rare Collection $75,000: Though this most expensive single malt was introduced to the markets with a launch price of $38,000, yet a South Korean businessman chose to pay the exorbitant price of $75,000 to acquire this rare bottle of one of the finest scotch known to man.

64 Years Old Macallan Single Malt $60,000/Shot: The venue of this outpost is the newly opened £10 (Ten Pound) lounge at the highly prestigious Montage Beverly Hills Hotel at Golden Triangle near Rodeo Drive in Beverly Hills. It is here that the Macallan Lounge is offering its patrons chance to taste an exquisite 64 Years Old Macallan Single Malt whiskey that carries a mind blowing price tag of $60,000 per shot. 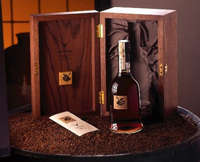 Dalmore 62 Single Hiland Malt Scotch $58,000: Staying true to its reputation, this luxury liquor captivated the spirit world with its grand sale in the year 2005, when a bottle of this expensive whiskey was purchased by a businessman whopping $58,000. The bottle named, ‘Mathesone’ was part of a collection comprised of only twelve bottles. 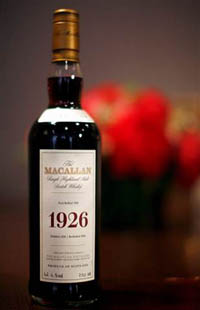 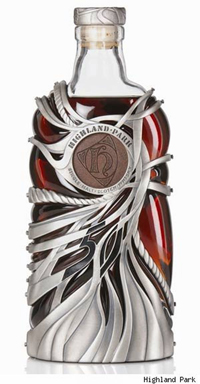 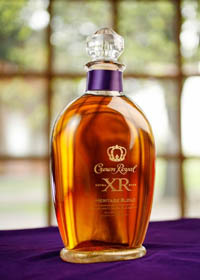 Have any of you BNLer’s seen or tasted any of these Whiskies? Do you think they are worth all that cold hard cash?