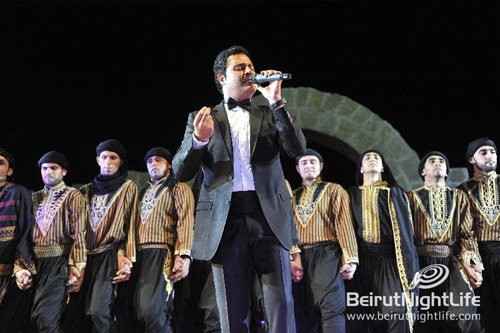 Assi El Hellani, also known as the Knight of Arabic Song, held an extravagant night at the Zouk Mikael International Festival. Crowds enjoyed one the best performances from the Lebanese Bekaa voice behind songs such as ‘El Huwara’.

Assi El Hellani, started his career at an early age and graduated from the Higher Insitute of Music in Lebanon, specializing in playing Oud. The turning point of his career was when he participated in “Studio El Fan”, the famous Lebanese TV program for young artists. He was the winner in the Lebanese song category. So far, he has released 13 albums and is now considered as one of the top artists in the region.