Yes to NON-Smoking.. NO to Nonsense 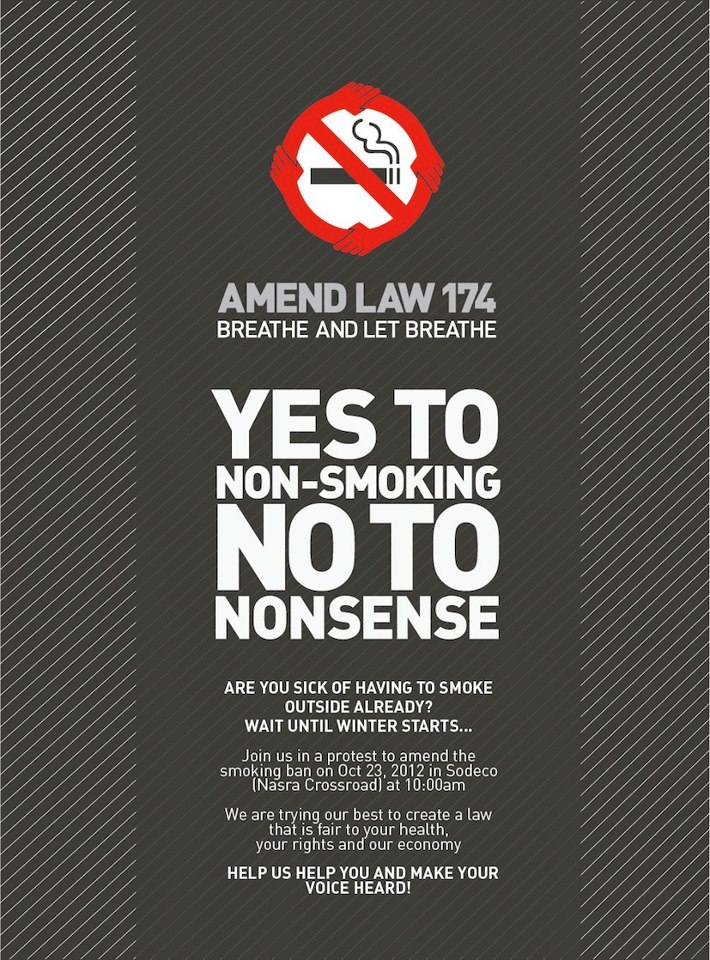 Tobacco control legislation came into effect on September 3rd, 2012. The Lebanese  Parliament endorsed a law banning smoking in all enclosed public places, including restaurants, bars, cafes and offices. The law has triggered a lot of reactions, positive and negative, but non are against the smoke ban. Several venues have expressed their discontent and called for the amendment of the law to assure the well being of these venues.

We at BeirutNightLife.com support the smoking ban law that has been implemented. However we do not hold up to the way it has been put into force onto the cafes and clubs. In solidarity with owners and the syndicate of restaurants, we call for the amendment of the law and not the annulment of it.
BeirutNightLife.com calls all those supporting for this to join on Tuesday, October the 23rd at Sodeco at 10:00 AM so that we can send the message to all the concerned parties in support of Tourism.
For More details about the smoke ban:
https://www.beirutnightlife.com/news/smoke-ban-lebanon-blessing-curse/