Will Qatar lose the honor of hosting 2022 World Cup? 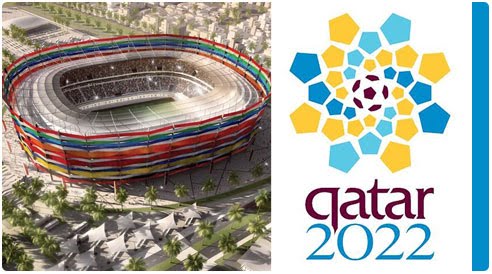 Qatar’s grip on the rights to host the 2022 World Cup has been loosened severely after a warning from Sepp Blatter that they could be stripped of the honour of holding the tournament if they ask for a change of date.

The world of football was shocked when the Arab state was awarded the tournament ahead of bids from the USA, Australia, South Korea and Japan – particularly given that summer temperatures in Qatar regularly reach 50 degrees.

UEFA president Michel Platini has said that “you cannot possibly play football” in such conditions and has demanded that the tournament be switched to the winter.

But Blatter warned Qatar that doing so would jeopardise their hosting rights.

“For there to be a change to winter it is necessary that Qatar ask for it. They have not done so yet,” he said.

“And they know if they do they risk another of the 2022 candidates bringing a challenge before FIFA, and the vote would have to be repeated.”

The idea of a switch from summer to winter is already controversial, with all of Europe’s biggest – and most profitable – leagues insisting that they will do everything in their power to block the tournament from happening during the normal season.

Yet Premier League chairman Sir Dave Richards insisted that the World Cup cannot be played in the summer.

“They’re saying all the stadiums are going to be air-conditioned, but what about the fans? Where are they going to go? They can’t lay on the beach because they’ll get scorched.”

The comments from Blatter, Platini and Richards suggest that something else is on the cards: political moves designed to reverse that original decision to award Qatar the right to host the tournament.

If FIFA’s bigwigs agree that the tournament can’t be held in Qatar in summer, either the host nation or the time of year will have to be changed.

And if the time of year is changed, Blatter has made it clear that the hosting rights vote will effectively be held afresh.

In other words, Qatar looks like it could be forced to give up the hosting rights either way.

Given Qatar’s evident success in negotiating such Machiavellian intrigue as they earned the hosting rights in the first place, they are likely to fight hard to keep their prize.

But as things stand, however, it seems increasingly likely that Qatar could find the World Cup being prised out of its hands.