Why are Rabbits and Eggs Linked with Easter? 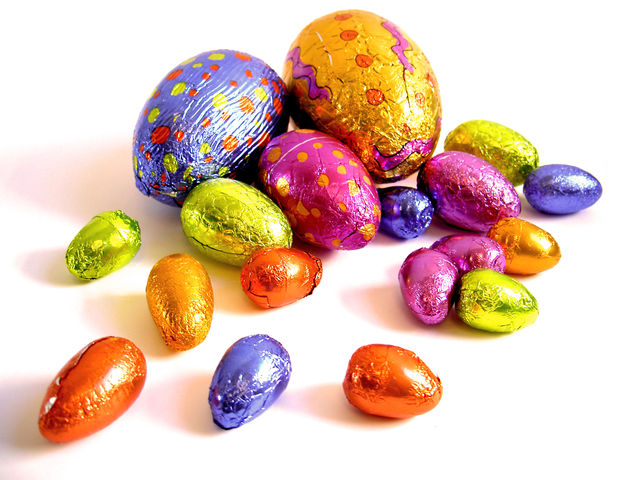 When I was growing up, Easter was special. My parents made a big deal of it, as every Easter I would find “something special” at home. Those “something special” were usually made from chocolate in the shape of eggs or bunnies and we would boil some white eggs, by special colors and paint the eggs the color we wanted and played games like who has the strongest egg.

But I didn’t understand it. Bunnies don’t have eggs; chickens have eggs. What was the significance of the bunny, and the egg in Easter? In the past, questions were not answered clearly.

I am now a mother now… my six year old daughter asked me the same question… I thought, I need to research this properly and give her facts… I also thought maybe most of us don’t know the relation between eggs and rabbits and easter!

Although a lot of stories about this subject have been written, maybe making things even more complicated… I think these few facts may help give you a better idea!

Eggs, of course, are ancient symbols of fertility, for very obvious reasons, while the Seder meal incorporates a hard boiled egg as a symbol of new life. The ancient Persians also painted eggs for Nowrooz, their New Year celebration falling on the spring equinox. An egg has also been seen to be associated with the rebirth or resurrection of Christ. The custom of eating them also derives from the fact that they were forbidden during Lent. There are a great many rituals associated with eggs, mainly dating from Mediaeval times in Europe, usually involving decorating, throwing, rolling or hiding eggs for children to find them.

The Easter bunny or rabbit comes from the hare, another ancient, pre-Christian symbol of fertility associated with spring. But it gets even more complicated than that. Anglo-Saxon mythology says Eostara changed her pet bird into a rabbit to entertain a group of children, and the rabbit laid brightly coloured eggs for them…

The chocolate bunny, like the chocolate Easter egg, is a much more recent idea, stemming from 18th and 19th-century middle European confectionery traditions, many of which were adopted in Britain.

So guys, a lot to know and learn, just enjoy your Easter eggs and bunnies and the fun around it!