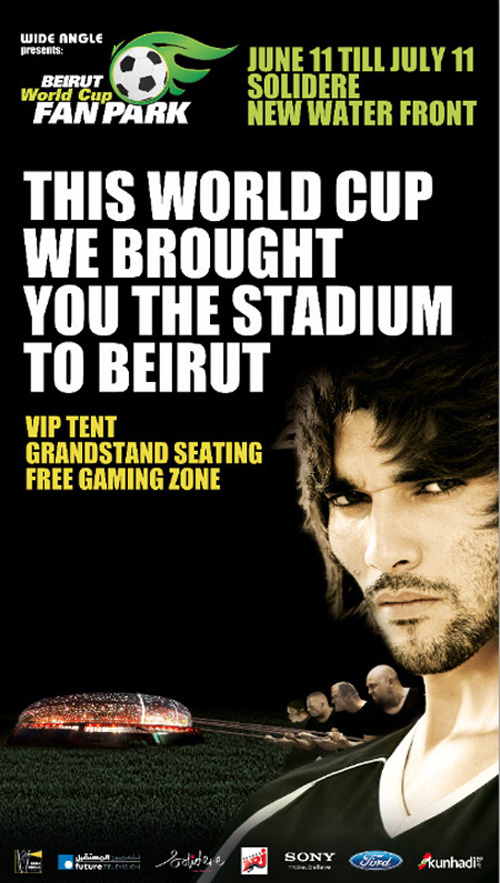 Write down the winning team and the match result for the game tonight and win a ticket to the Beirut World Cup Fan Park at Biel to watch the match tomorrow June 15th, 2010 in style.

It is the ultimate destination to watch FIFA World Cup 2010 games. You can watch it now in style, you can live the hype just by visiting one of the biggest locations to have ever been placed in Lebanon the Beirut World CupFan Park with official sponsors such as Solidere, Adidas, and Sony and many more.

So Lebanon who will emerge victorious tonight, the Italians??? The Paraguayans?? Dont forget put down the name of the winning team and the match result to be a winner.