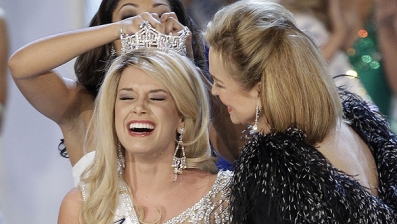 A 17-year-old from Nebraska became the youngest winner of the Miss America crown in 90 years, beating 52 other young women from across the United States.

Teresa Scanlan won a $50,000 scholarship and a yearlong run with the crown at the competition Saturday night at the Planet Hollywood casino-resort in Las Vegas, giving the Cornhusker State its first-ever win at the pageant.

She was the youngest Miss America since the pageant’s first competition in 1921, when Margaret Gorman of the District of Columbia won at age 15.