Who’s Ring is it? 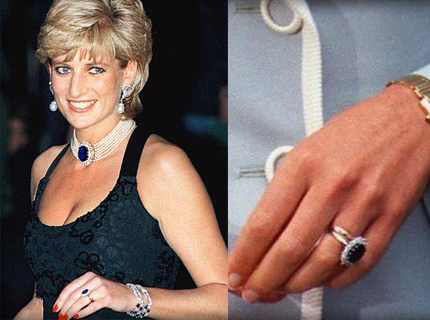 While many were moved by William’s touching gesture of passing it on to Kate, what most don’t know is that the 29-year-old ring was actually in the possession of his younger brother, Prince Harry, beforehand. After their mother’s 1997 death, the brothers selected special mementos of hers at Kensington Palace. Harry’s eyes fell on the engagement ring, which he decided to keep a hold of. The princes then made an agreement that whoever got engaged first would use it.

And, it would seem, William asked Harry for the ring quite some time ahead of popping the question. The British heir to the throne recently revealed that he proposed after carrying the treasured piece of jewelry around Kenya in his backpack for three weeks. William also explained his reasons for wanting to use the ring. “It is very special to me”, he said. “It was my way to make sure my mother did not miss out on today and the excitement that we are going to spend the rest of our lives together.”