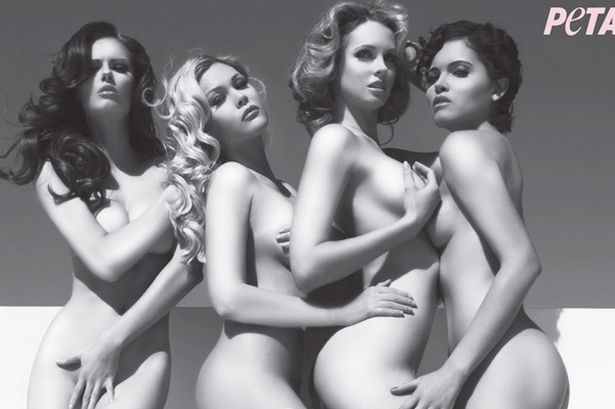 If we had a fur coat, we’d throw it out. But we don’t, because fur coats are too warm when you’re on the tube in summer

PETA – that’s the People For The Ethical Treatment Of Animals – have made another amazing naked advert, and this one stars four former Miss USA winners – Susie Castillo, Shandi Finnessy, Shanna Moakler and Alyssa Campanella.

The models stripped naked for the charity to protest against the fashion industry’s use of fur, and have also pledged to go fur-free in real life. Which is nice for both them and the animals.

“I’ve been an animal lover all my life, and the more I learned of the torture that animals go through in the name of fashion, I just think it’s so unnecessary . . . it’s unbelievable to me,” Miss USA 2003 winner Susie Castillo said in the video to explain why she decided to pose for PETA.

And Miss USA 1995 Shanna said that beauty pageants sometimes give fur coats as prizes in competitions (which seems weirdly old fashioned, no?) and that’s not OK either. “As long as I’m the director of Miss Nevada, we will never award fur coats as prizes, and I urge my fellow pageant directors to make the same pledge,” she said. “Kind people today are taking a stand against cruelty to animals, so a fur coat is no prize for a compassionate, socially-aware woman.”

PETA has a history of making celebs strip off to promote it’s causes – Pamela Anderson, Drew Barrymore and er, Jackass star Steve O have all stripped off for an advert. Last year, Olivia Munn and Khloe Kardashian also did the ad, but then Khloe was a bit upset when a woman with “close ties to PETA” flour-bombed Kim on the red carpet for wearing fur. 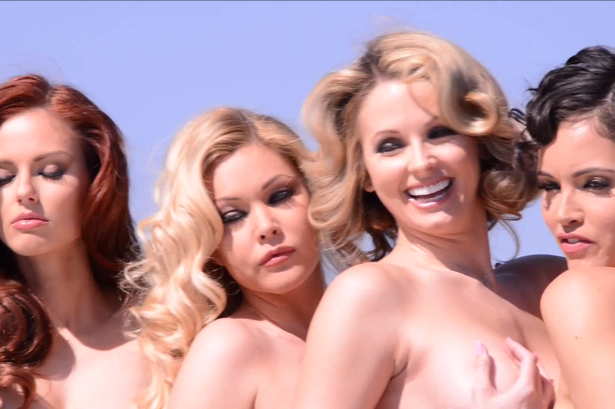 “I’ve been a vocal supporter of PETA for a long time but I have also been very vocal about anti-bullying, so this was a huge disappointment for me,” she said after Kim was attacked on the red carpet. “As you all know, I don’t condone violence and bullying and what happened last Thursday was just that. I am absolutely disgusted by their behavior. I am a very proud sister right now, because Kim handled last week’s incident like a champ. She got cleaned up and was back out there in a matter of minutes. Go Kimmie! We all need to practice what we preach. I will still continue to NOT wear fur, but I will no longer support PETA.”

Kanye West even referenced the incident in a song, saying: “Tell PETA my mink is dragging on the floor”. Oooh! Let’s watch the slightly NSFW video of PETA’s photoshoot then shall we? 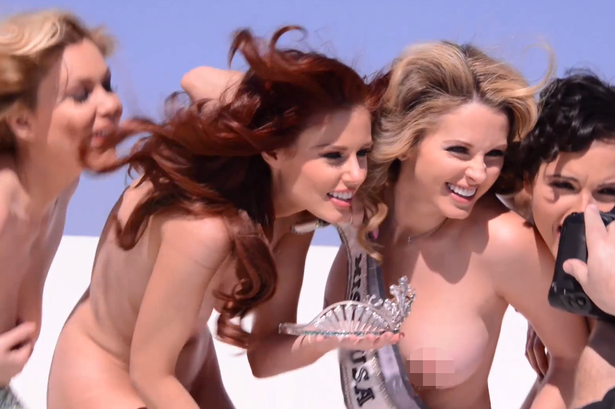