Tupac Rose from the Dead in California!

Tupac rose from the dead this weekend at the Coachella music festival in California. He was resurrected as a hologram and it was really out of this world!

The crowd went mad as he performed a couple of his best hits including “2 of Amerikaz Most Wanted” featuring Snoop Dogg.

His movements were so real as he grabbed his crotch and pointed his microphone to the crowd the same way he did when he was alive.

A light shone on Tupac at the end of his performance as he dissolved in to thin air.

It was a mind-blowing experience, especially for those who were under the influence, not realizing it was an illusion.

Check out the video and see how real it was! 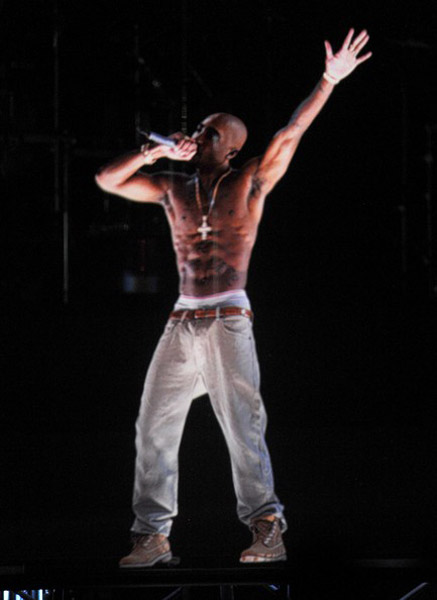