Tom Hanks named the most trusted person in America 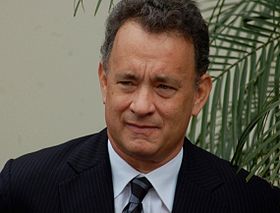 Tom Hanks has beaten other celebrities, politicians and judges to be named the most trusted person in America.

No politicians made the top 10 and President Barack Obama limped in as the 65th most trustworthy person – many places behind his wife Michelle, at 19.

Another couple on the list was Microsoft co-founder and philanthropist Bill Gates, in seventh, and his wife Melinda, at ninth, a poll by Reader’s Digest magazine found.

Participants were asked to rate people on a scale of one to five, from not trustworthy to extremely able to trust.