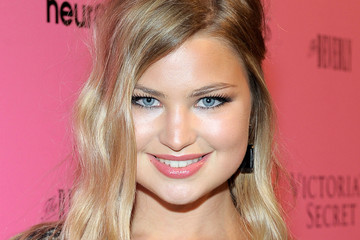 The 50-year-old actor was seen getting close to the blonde beauty – whose sister is his ‘Rock Of Ages’ co-star Malin Akerman – at the afterparty for the Swedish premiere of his latest movie ‘Jack Reacher’ in Stockholm and are even thought to have left the party together.

A source told The Sun newspaper: ”They already knew of each other from Malin being in ‘Rock OfAges’ so they didn’t need much of an introduction.

”Even though Tom was working the room, once they got chatting they were locked in.

”They seemed very natural in each other’s company for most of the night and at the afterparty at the Rose club. Then all of a sudden they were gone… ”

Tom – who has children Isabella, 20, and Conor, 17, from his marriage to Nicole Kidman, as well as Suri, six, with ex-wife Katie Holmes – had to fly to New York afterwards, while Jennifer headed to London but the pair are planning to meet up again in the US very soon.

The source added: ”Jennifer lives close to Malin in LA so a meet with Tom before Christmas is more than doable.”