This Might Be Kim Kardashian’s Most Scandalous Photo Shoot Yet 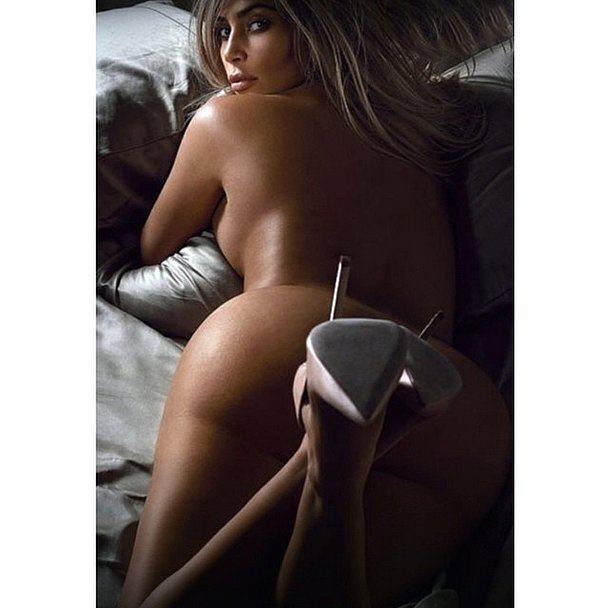 Kim Kardashian certainly isn’t shy about showing off her killer body, but her latest completely nude spread may even make the most hardcore Kim fans blush. The reality star took part in a steamy photo shoot for British GQ’s October issue, including showing off her famous derrière while lying provocatively on a bed. Kim shared shots of the sexy spread on her Instagram shortly after she took home the award for woman of the year at the UK magazine’s annual GQ Men of the Year Awards on Tuesday. She made sure to show off her curves at the event in a revealing gown and even shared an adorable PDA moment with her main man, Kanye West. On Thursday, Kim thanked the magazine for the honor and also clarified any rumors that she was mad at GQ after she made a joke about her new name being Kim Kardashian West. She tweeted: “Still can’t believe my British GQ cover is out! The awards were so much fun and such an honor to win woman of the year!!!!! Big thanks to [editor] Dylan Jones for giving me the award! I wasn’t annoyed that he announced me as Kim Kardashian, I was being playful adding West. Don’t know why a negative spin has to be added to reportings! I’m truly so honored and can’t wait to share more beautiful Tom Munro pics!” 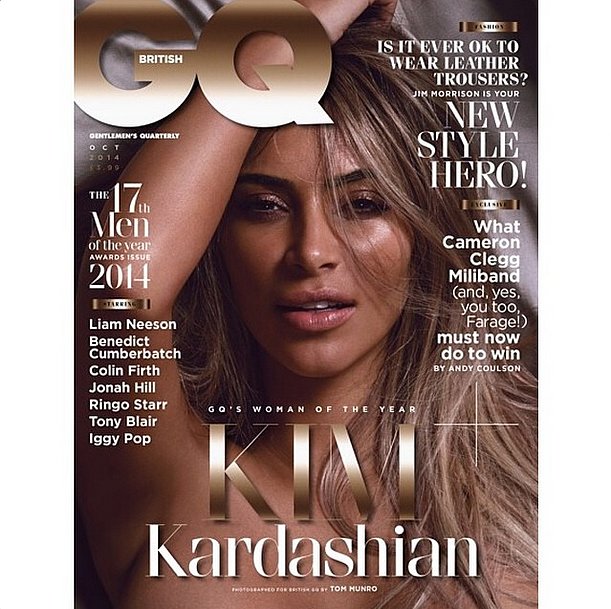