The World’s Most Powerful Women 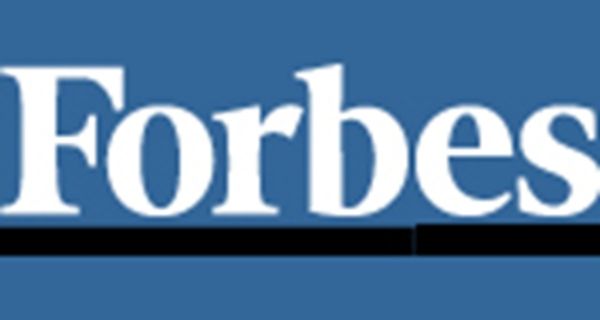 When it comes to power, cultural impact means as much as money and political influence.

Forbes’ power lists are synonymous with moguls and movie stars, heads of state and captains of business. One look at the 2010 World’s 100 Most Powerful Women list and it is clear that we’ve come up with a new ranking of the female power elite that reflects the New Order of now.

When we set out to identify this year’s list, we decided it was time to look up and out into the broader culture. Our assessment is based less on traditional titles and roles and more on creative influence and entrepreneurship. These power women have built distinctive companies and brands and championed weighty causes, sometimes through unconventional means; in other cases they have broken through gender barriers.

We divided our power women candidates into four groups: politics, business, media and lifestyle (that is, entertainment, sports and fashion). We ranked the women in each group, and then group against group. Not easy, but that’s today’s reality: an unpredictable, diverse mash-up of hard power (currencies and constitutions) and dynamic power (audience and audacity).

We included many heads of state and hopeful candidates, but we also have queenmakers who don’t hold office, first ladies of various sorts, Surpreme Court justices and cultural icons, bankers and bestselling authors. We rely on these women for, yes, managing our money, creating paychecks and governing at home and on the international stage, but also what we eat, download, talk about around the dinner table and the causes we support. What we think and how we act.

At the top of our list, First Lady Michelle Obama is a true change-maker since taking lodge in the White House in 2008. The first African-American in the post, she’s changed the face of the office (literally), and with consistently high approval ratings, she’s given a new generation of girls and women around the world a role model. A former private attorney and public servant in Chicago, her interest in working with young people and advocating for healthy eating, among other issues, is evidenced by her Let’s Move! campaign, which aims to solve the epidemic of childhood obesity within a generation.

Power women are connected, each one leveraging the power of the next. As a result of Let’s Move!, for example, major food and drink manufacturers (including Rosenfeld’s Kraft Foods and Nooyi’s PepsiCo) have pledged to cut 1.5 trillion calories from their products by 2015 through new products, recipes and reduced portion sizes. At the Clinton Global Initiative (CGI) last month, Secretary of State Clinton led a plenary session on empowering women and girls, a new CGI action area, and attended by Katie Couric (No. 22), Queen Rania Al Abdullah of Jordan (No. 76) and Liberian President Ellen Johnson Sirleaf (No. 86).

Back to how Nooyi and talk show host DeGeneres landed together among the top 10 most powerful women in the world? While Nooyi helms PepsiCo, which has revenues of $43 billion annually and a portfolio of brands that include Tropicana, Frito Lay and Gatorade, DeGeneres directly connects with 3 million viewers daily weekdays through her talk show. And that’s just one hour of her day.

Off-camera, the out-and-proud DeGeneres spreads her message to more than 5 million Twitter followers, notably bringing national attention to a gay teen’s fight for same-sex prom dates last spring. Her high-profile, high-energy personality–as a television host, CoverGirl model and former judge of American Idol–has made LGBT issues more than mainstream. She’s instilled a sense of glee and attractiveness to it all.

First females make for good copy, but the real headline is that packs have emerged. Three women sit on the Supreme Court, marking an unprecedented tipping point for change. This year Diane Sawyer joined Couric as a female nightly solo news anchor, with Rachel Maddow and Christiane Amanpour as compats. Gillard is among 10 female heads of state on this year’s rankings. From Singapore to Silicon Valley, 25 women on the list hold CEO titles.

Ripening for political leaders, generally, comes at the 50s and 60s, while business leaders peak in their 40s and 50s. Media and lifestyle power women seem to come of age in their 20s and 30s. But there are notable exceptions and crossover. Madonna and Arianna Huffington have exceptional staying power, while Sarah Palin and Facebook’s Sheryl Sandberg are early bloomers.

Redefining the idea of power as influence is a challenging feat, particularly hard in that we looked at the world in all of its complexities to find the women who wield their importance in four distilled spheres to create change. Add the pace of the year 2010–the speed at which we consume and communicate–and the task becomes even greater.

What we’ve found is that power, hard or dynamic, can be fleeting. One million or so Twitter followers today can be kissed goodbye as quickly as a company can go bankrupt or a government overthrown. And so we consider this list a frozen moment in time.

We invite you to visit forbes.com/woman where the list will live, breathe and be shaped and reshaped in months to come.