‘The Green Lantern’ is Back and is Gay 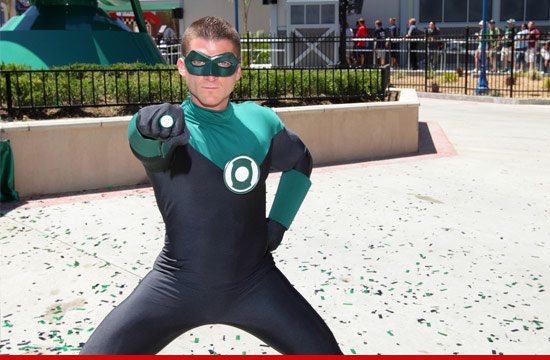 The comic book hero, The Green Lantern, is being brought back as gay! Alan Scott will be playing the role of the superhero that was married with two kids, but is now returning in an alternate universe as a single, young media tycoon who hosts kickass Hollywood parties. There are already over 7,200 Green Lanterns in DC’s world of comic books, so adding this one isn’t really going to be such a breakthrough.

When this news was announced, the One Million Moms organization made the following statement:

“Why do adult gay men need comic superheroes as role models? They don’t but do want to indoctrinate impressionable young minds by placing these gay characters on pedestals in a positive light.”

GLAAD responded by saying the following:

“The idea that a comic book character will make young people gay is as outlandish as saying it will give them a green power ring and the ability to fly. Even more outlandish is the idea that there are ‘one million moms’ who believe this hate group’s anti-gay nonsense. From Christian churches to sports fields, to now even fictional comic book worlds, our culture overwhelmingly supports gay and lesbian Americans and that’s what anti-gay groups like this are working against.”

Do you think this is a good idea or a big flop?