Steamy Images of Brad and Angelina, Who Has Them? 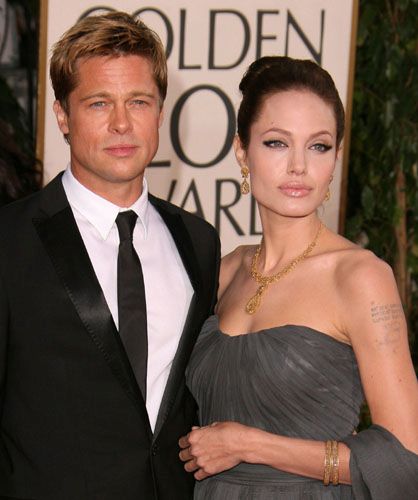 Those closest to Angelina Jolie say she was “absolutely horrified” when explicit pictures of her in bondage gear and smoking heroin in a hotel room surfaced in July 2010.  So you can only imagine how the 35-year-old felt when last week Brad Pitt lost a camera containing photos of them enjoying, more, “private time”.

The Leica camera – which, ironically, she bought Brad for Christmas last year – went missing on the set of the war film she’s been directing in Hungary. Not only is she terrified the “revealing and personal” shots will be sold to the highest-bidding tabloid or wind up on the internet, she’s also “steaming mad” with Brad, 46. “He loves photography and he’s in a relationship with the most beautiful woman in the world…he can’t resist taking pictures of her naked,” says an insider.

“Ange is far from modest about that stuff but she’s repeatedly warned him not to take the camera out of their compound, which is heavily guarded, and he ignored her.”  Indeed, Brad had been snapped toting the camera – and its tripod – around the film set on several occasions.