Stars at the Venice Film Festival 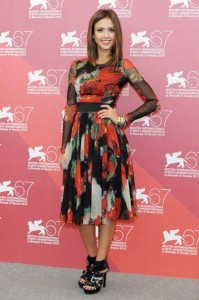 The 67th Venice Film Festival, one of the most prestigious said to be the oldest film festival in the world, kicked off early this month and will continue until September 11.

The Festival, directed by Marco Müller and organized by the Biennale di Venezia, chaired by Paolo Baratta is held on the Venice Lido. It has promoted international cinema as art, entertainm 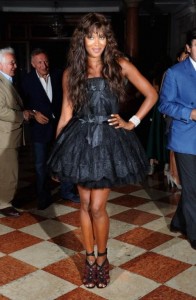 ent and industry since it began in 1932.

The festival’s highest award, the Golden Lion for Lifetime Achievement, will be awarded to Asian and Hollywood director and producer, John Woo. Over 50,000 people are attending the event.

Hollywood glamor, which included the likes of Jessica Alba, Nathalie, Portman, Naomi Campbell, Stephan Dorf, Vincent Castel among others were at the Venice Film Festival, wearing their best suits and dresses, here from Giorgio Armani.

Alba, for example, is promoting her Robert Rodriguez-directed thriller Machete, while Portman’s Black Swan opened the festival. In the psychological thriller directed by Darren Aronofsky, Portman plays a ballet dancer competing for a starring role who begins losing her grasp of reality as the pressure builds.

Head of the jury Quentin Tarantino described the festival as having ‘one of the most wildest, cool, eclectic line-ups’ he had seen. A super chic party was held in his honor before the start of the memorable event.