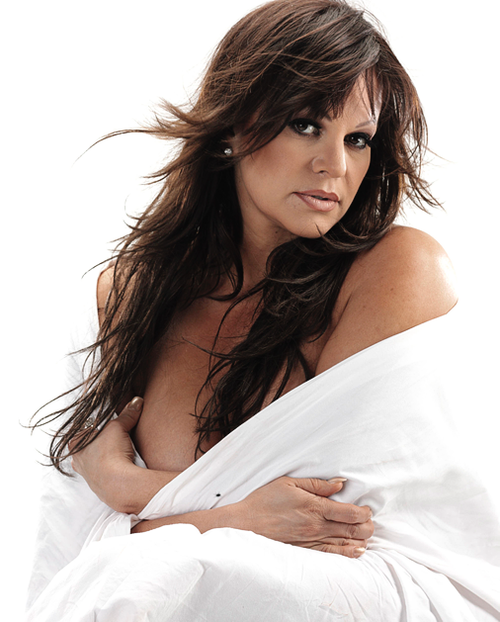 U.S. authorities confirmed Monday that Jenni Rivera, a U.S.-born singer whose soulful voice and openness about her personal troubles made her a Mexican-American superstar, was killed in a plane crash in northern Mexico.

The National Transportation Safety Board said it was sending a team to help investigate the crash, and the board was told by Mexican authorities that Rivera had died in Sunday’s crash.

Rivera’s relatives in the U.S. already had few doubts that she was on the Learjet 25 that disintegrated on impact in rugged territory near the town of Iturbide in the Sierra Madre Oriental in Nuevo Leon state.

“I believe my daughter’s body is unrecognizable,” her father, Pedro Rivera, told dozens of reporters gathered in front of his Los Angeles-area home.

He said that his son would fly to Monterrey Monday or Tuesday.

Also aboard the plane were Rivera’s publicist, Arturo Rivera, her makeup artist, Jacob Yebale, two friends, one named Mario Macias and another who was identified only as Gerardo, and the two pilots, said Mexico’s Communications and Transportation Department in a statement.

Alejandro Argudin, of Mexico’s civil aviation agency, said Monday it would take at least 10 days to have a preliminary report on what happened to the plane.

“We’re in the process of picking up the fragments and we have to find all the parts,” Argudin told reporters. “Depending on weather conditions it would take us at least 10 days to have a first report and many more days to have a report by experts.”

Messages of condolence poured in to the Rivera family from musicians and celebrities.

Born in Los Angeles, California, Rivera was at the peak of her career as perhaps the most successful female singer in grupero, a male-dominated regional style influenced by the norteno, banda and ranchero styles.

A 43-year-old mother of five children and grandmother of two, the woman known as the “Diva de la Banda” was known for frank talk about her struggles to give a good life to her children despite a series of setbacks.

She was recently divorced from her third husband, former Major League Baseball player Esteban Loaiza, was once detained at a Mexico City airport with tens of thousands of dollars in cash, and she publicly apologized after her brother assaulted a drunken fan who verbally attacked her in 2011.

Her openness about her personal troubles endeared her to millions in the U.S. and Mexico.

“I am the same as the public, as my fans,” she told The Associated Press in an interview last March.

Rivera sold 15 million records, and recently won two Billboard Mexican Music Awards: Female Artist of the Year and Banda Album of the Year for “Joyas Prestadas: Banda.” She was nominated for Latin Grammys in 2002, 2008 and 2011.

Though drug trafficking was the theme of some of her songs, she was not considered a singer of “narco corridos,” or ballads glorifying drug lords like other group. She was better known for singing about her troubles in love and disdain for men.

Her parents were Mexicans who had migrated to the United States. Two of her five brothers, Lupillo and Juan Rivera, are also well-known singers of grupero music.

She studied business administration and formally debuted on the music scene in 1995 with the release of her album “Chacalosa”. Due to its success, she recorded two more independent albums, “We Are Rivera” and “Farewell to Selena,” a tribute album to slain singer Selena that helped expand her following.

At the end of the 1990s, Rivera was signed by Sony Music and released two more albums. But widespread success came for her when she joined Fonovisa and released her 2005 album titled “Partier, Rebellious and Daring.”

Besides being a singer, she is also a businesswoman and actress, appearing in the indie film Filly Brown, which was shown at the Sundance Film Festival.

She was filming the third season of “I love Jenni,” which followed her as she shared special moments with her children and as she toured through Mexico and the United States. She also has the reality shows: “Jenni Rivera Presents: Chiquis and Raq-C” and her daughter’s “Chiquis ‘n Control.”

In 2009, she was detained at the Mexico City airport when she declared $20,000 in cash but was really carrying $52,167. She was taken into custody. She said it was an innocent mistake and authorities gave her the benefit of the doubt and released her.

The Learjet 25, number N345MC, with Rivera aboard took off from Monterrey at 3:30 a.m. local time en route to Toluca, and was reported missing about 10 minutes later. It was registered to Starwood Management of Las Vegas, Nevada, according to FAA records. It was built in 1969 and had a current registration through 2015.

The cause of the accident has not been determined.

According to the National Transportation Safety Board, the twin-turbojet was substantially damaged in a 2005 landing mishap at Amarillo International Airport in Texas. It hit a runway distance marker after losing directional control. There were four aboard but no injuries. It was registered to a company in Houston, Texas, as the time.

The company is also subject of a federal lawsuit in Nevada.

QBE Insurance Corp. alleges that a Starwood aircraft was ordered seized by the U.S. Drug Enforcement Administration when it landed in McAllen, Texas, from Mexico on Sept. 12. The New York-based insurer sued in October to rescind coverage for the Hawker 700 jet.

Starwood, in a court filing, acknowledged that the DEA was involved in the seizure of the aircraft in McAllen.

QBE, based in New York, said the DEA also seized a Starwood-owned Gulfstream G-1159A — insured by another company — when it landed in Tucson, Ariz., from Mexico in February. Starwood said in its court filing that it didn’t have enough information to address the allegation.

Nevada secretary of state records list only one Starwood officer — Norma Gonzalez — but QBE alleges that the company is owned and managed by Ed Nunez, who, according to the lawsuit, is also known asChristian Esquino and had a long criminal history.

Starwood rejected the insurer’s description of Nunez’s role at the company.

According to QBE’s lawsuit, Esquino pleaded guilty in federal court in Orlando, Fla., in 1993 to conspiracy to possess and distribute cocaine. The Florida complaint alleges that Esquino and 12 others participated in a scheme to bring large amounts of cocaine and marijuana to the U.S. and bribe a Bahaman official.

QBE said Esquino also served two years in prison after pleading guilty to conspiracy to commit fraud involving an aircraft in Southern California in 2004. QBE said Esquino’s attorney stated in court back then that his client had been under investigation by the DEA for more than a year.

Starwood said in its court filing that it didn’t have enough information to address either the Florida or Southern California case against Esquino.

George Crow, an attorney for Starwood, did not immediately respond to phone and email messages left after business hours Monday.

A Learjet carrying pro-golfer Payne Stewart and five others crashed in northeastern South Dakota in 1999. Investigators said the plane lost cabin pressure and all on board died after losing consciousness for lack of oxygen. The aircraft flew for several hours on autopilot before running out of fuel and crashing in a corn field.

That same year, a Learjet slammed into rush-hour traffic in a posh Mexico City neighborhood, killing Mexico’s No. 2 government official, Interior Secretary Juan Camilo Mourino, and eight others on the plane, plus five people on the ground.