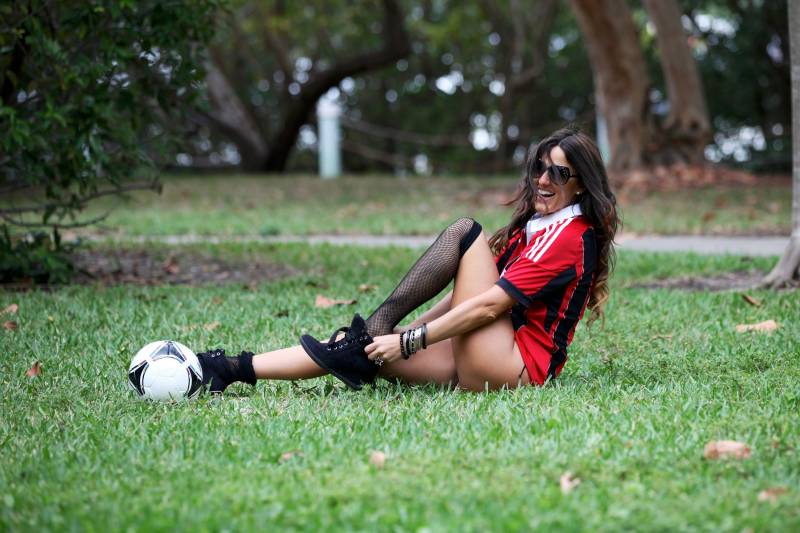 AC Milan supporters all over the world enjoyed a clean win against Barcelona in the Champions League  first game at San Siro, Milan. Each fan had his/her way of expressing their love and support to the Milanista before the game, but Claudia Romani had her own sexy way in showing her support. The international model posed in an AC Milan shirt and a thong, as a way of expressing her love to Milan and the team..

Milan won the game 2-0 that night, after Boateng and Muntari managed to score against the Blaugrana.

And spectators wondered why Barcelona lost the game!? 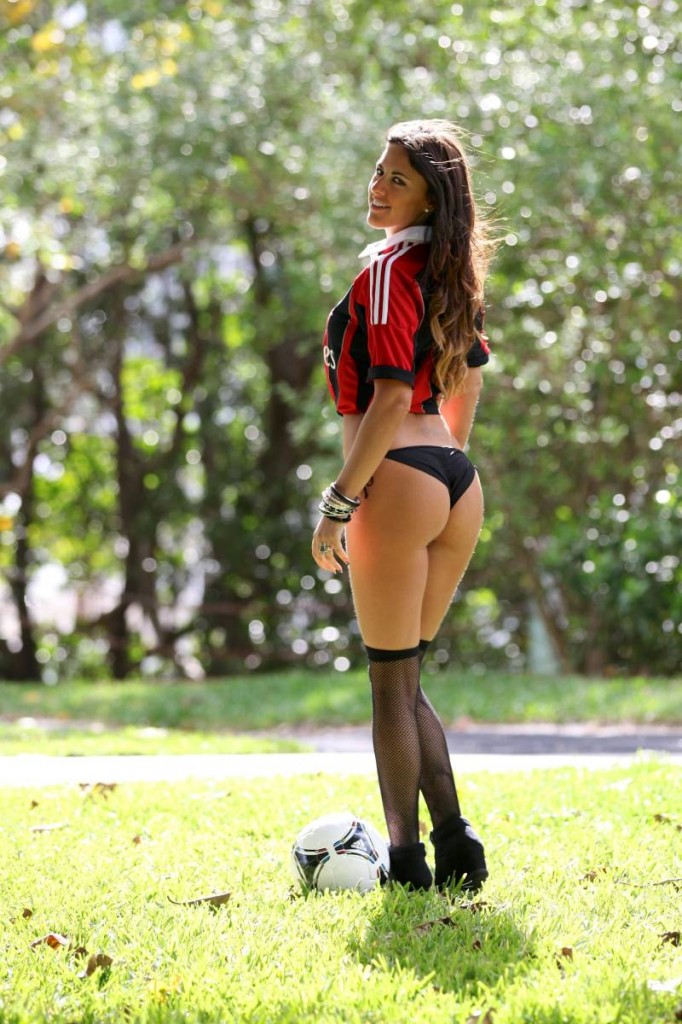 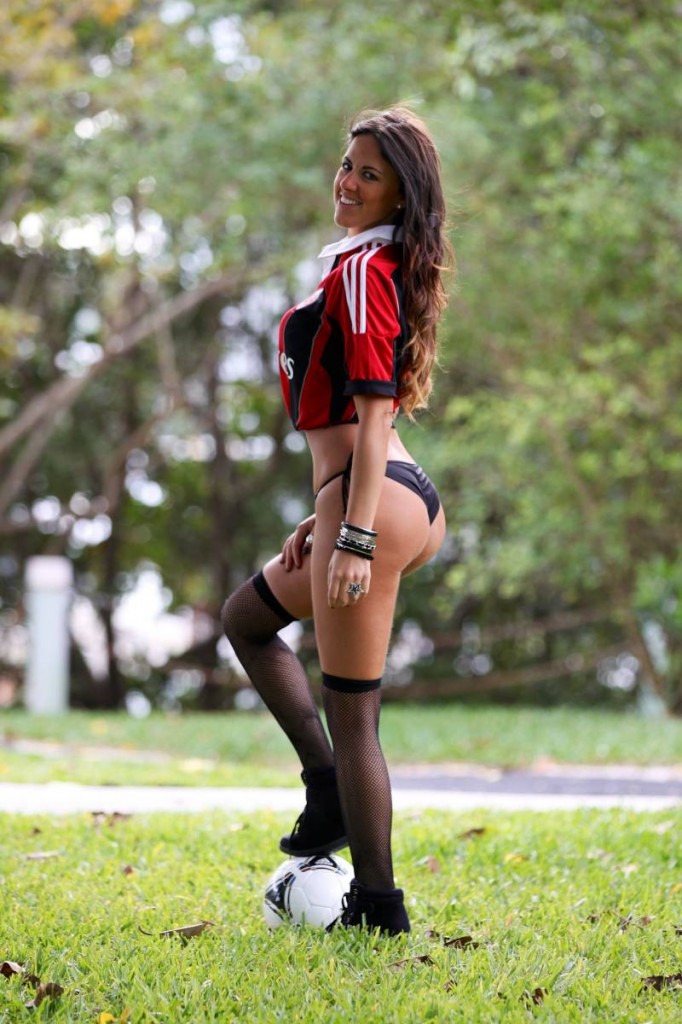 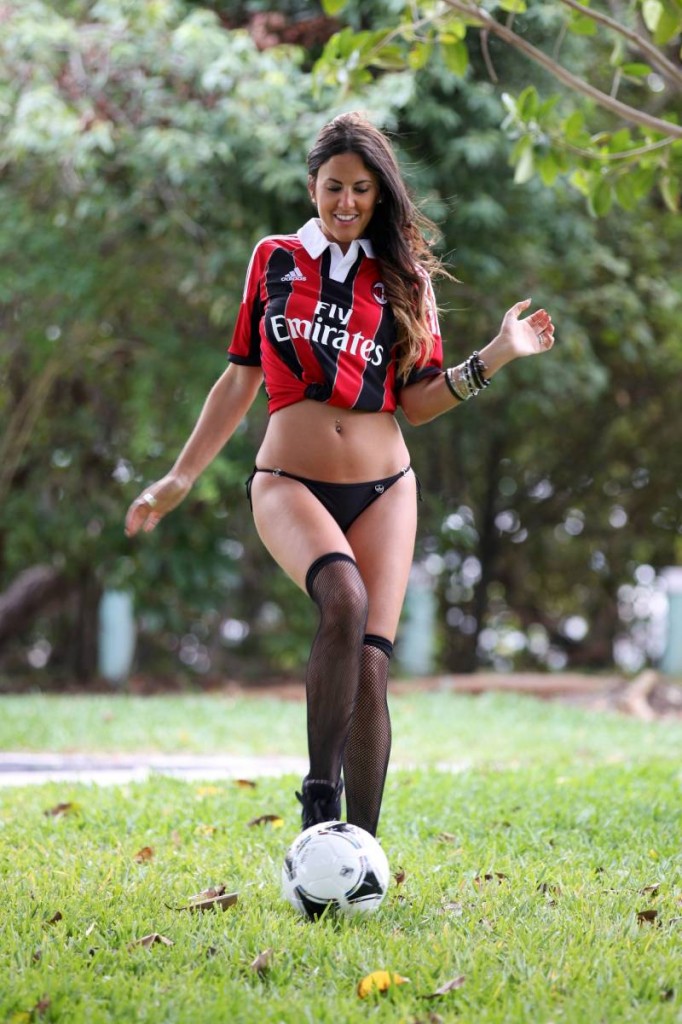