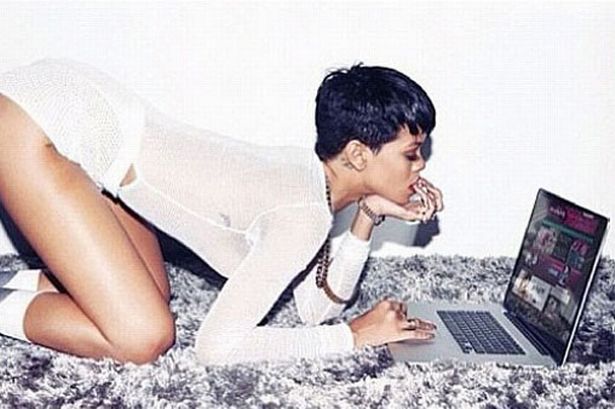 We would be seriously concerned if a day passed without us seeing Rihanna in her knickers. Not because we’re carefully positioned outside her house with long-range binoculars, obviously.

But it’s fair to say the singer has a habit of posting nearly-naked photos of herself on her Twitter page.

Her latest snaps were so sexy and/or rude that it even shocked us a little bit. Which is saying something because we have a whole section dedicated to celebrity nipple slips and wardrobe malfunctions over here.

Rihanna posed for a set of revealing snaps on a photoshoot with Complex magazine before taking some of her own for, er, personal enjoyment – and the viewing pleasures of her 28 million followers.

She can be seen with her legs spread wearing black undies and exposing her massive chest tattoo complete with a bit of under-boob. Ticking all of the boxes.

She added the caption ‘POV’, just to remind us all that THIS is what she sees in the mirror.

Another picture features Rih-Rih bent over with her bum raised in the air as she (probably) reads stories about herself on 3am – which is almost definitely her guilty pleasure.

Not fulfilled with these two pics, the 24-year-old, shared a montage of her favourites including a boob-flash. Thankfully for her mum who probably reads her Twitter timeline, she covered up her nips.

And to make the set complete, Rihanna went for a full house by stripping off and covering her naked body in Polaroids from her day stripping off for the camera. All in all, a standard day in the life of the star.

It’s not the most outrageous thing a celebrity has done today either. We’re still hopelessly trying to understand Katie Price’s decision to marry her part-time stripper fiancé this week despite only dating a few weeks ago.

If you think this is bad, check out Rihanna’s top 10 most shocking moments EVER – it includes gun tattoos, strip clubs and drug rumours. Amazing. 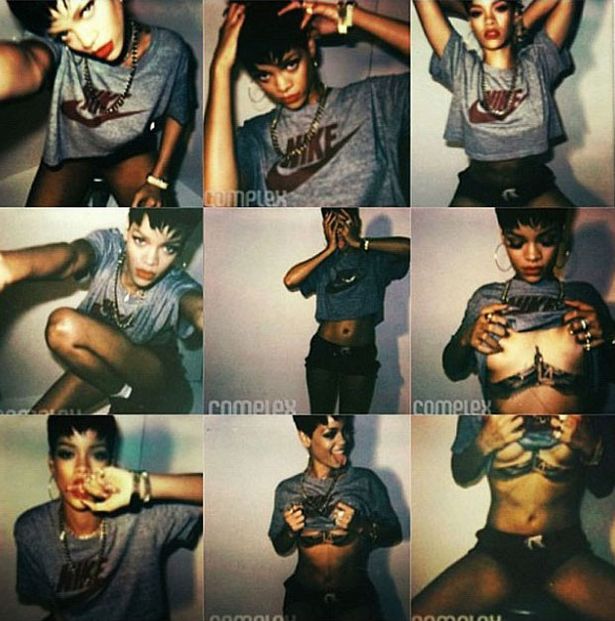 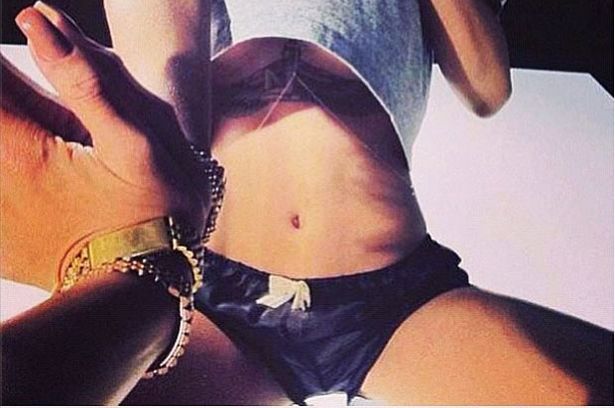 Newer Post BeirutNightLife.com Brings You the Official Lebanese Top 20 the Week of January 13th, 2013!
Older PostStarting Off the Weekend With a Bang at B018