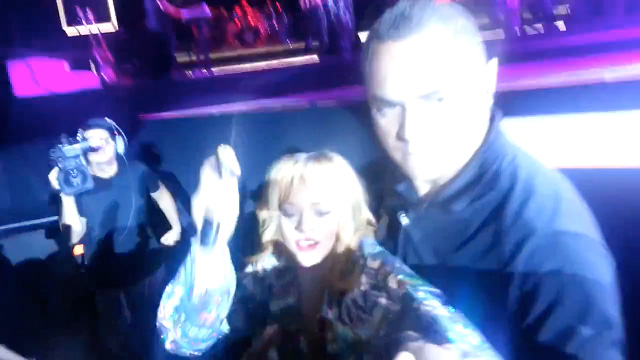 Amateur video appears to show Rihanna lashing out at an over-enthusiastic fan as she mingles with the crowd at a concert in Birmingham.

Rihanna performed at the city’s LG Arena on Monday night as part of her Diamonds world tour.

Amateur footage shows her ‘high-fiving’ members of the audience as she walks along stage singing her hit “We Found Love”.

One over-enthusiastic fan then grabs the pop star’s arm and holds on. The video shows Rhianna try to struggle free for a moment before appearing to hit the audience member with her microphone.

As security guards intervene, the singer then strides off towards the stage to finish her performance.