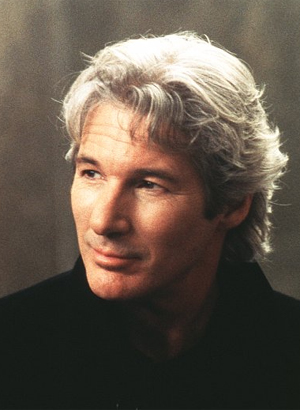 Richard Gere, handsome American actor very famous for his role in Pretty Women admitted in a humorous manner that he loves flirting with Egyptian women, at the press conference which was held during the 34th Cairo International Film Festival. The star admitted that life without a woman is dull: “I’ve always wanted pretty girlfriends since my childhood!”

The star talked about his golden age; he considered his adolescence as the most beautiful and important period of his life; “especially because I danced, acted and sang at an early age; I was only 19 years old and loved jazz back then, but later on turned to acting.”

This is the second visit for Gere to Egypt; he had been greeted so warmly by his female admirers.

Newer Post Let it Rain-Please!
Older PostIs Nancy having a girl or boy?