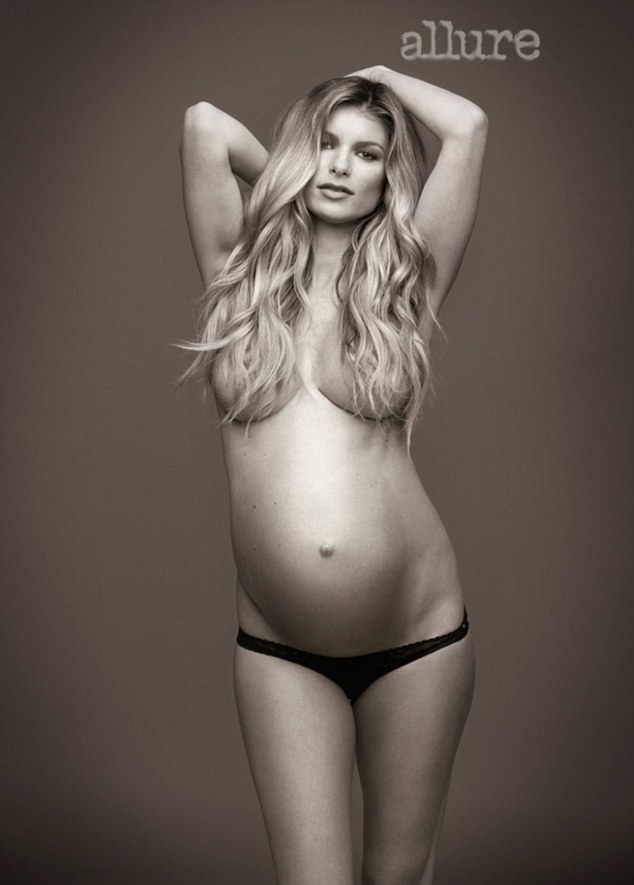 As a swimsuit model Marisa Miller is no stranger to posing in her underwear.

And now that she in pregnant with her first child the former Victoria’s Secret angel sees no reason to cover up, stripping naked for Alluremagazine.

Radiant Marisa posed with her hands behind her head, blonde hair cascading over her swollen breasts, as she celebrated her bump in a series of revealing shots.

In another of the sepia images she cradled her bump, her arms artfully placed to preserve her modesty.

The 34-year-old told Allure that she had always felt it was better to highlight curves than try and disguise them.

‘A lot of women try to tuck their butt in or kind of slouch because they’re trying to hide,’ Marisa explained.

‘Obviously, you can’t suck it in, but it’s important to really show off the belly. For some reason, for me, from the side, it looks the biggest, so that’s what I tried to do.’ 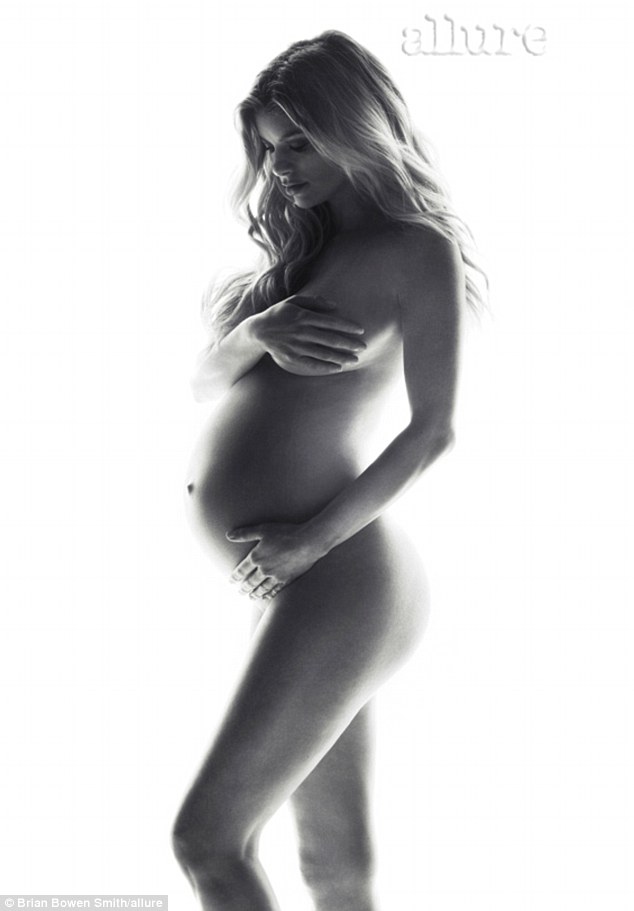 She and her husband, music producer and talent manager Griffin Guess, will welcome their first child, a baby boy, this month.

Marisa said being pregnant had been an opportunity to pare back her beauty regime.

‘When I found out I was pregnant, the first thing that had to go was the acne medicine and chemical-filled face washes and lotions. I made sure everything was natural and organic.’
And the results were immediate.

‘I was taking tons of vitamins, and with the increased blood flow, everything grows faster – my hair, my nails. It was the first time in my life I’d actually cut my nails with a clipper!’

And bottle blonde Marisa has even stopped dying her hair.

‘My stylist was worried I was going to cry, but… my color grew out naturally and eventually looked sort of ombre.’

Marisa counseled other pregnant women: ‘Embrace everything and all the changes…. Gaining weight is part of charting your progress.

‘Yes, I was seeing numbers I’d never seen before, but I let go of that because I had a new goal and focus.

‘It’s an adjustment, but it helps having a lot of positive support.’