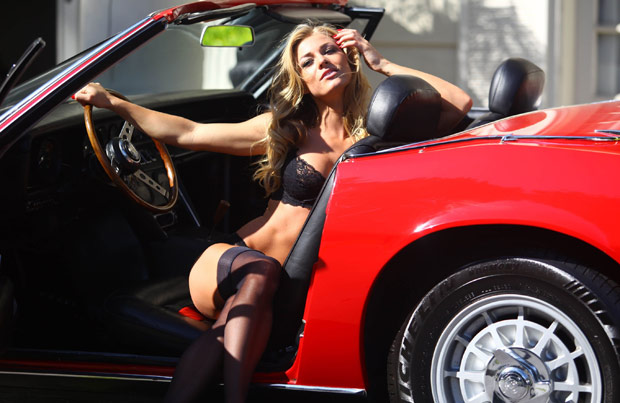 PLAYBOY model Nikki Leigh gets pulses racing as she gears up for her big Hollywood break.

The curvy former Playmate Of The Month flaunted her toned figure in a sexy black lace bra and knickers teamed with sheer stockings and platform heels on the set of her latest lingerie shoot in California.

Nikki – who draped her curves over a classic car for the campaign – will be hitting the big screen later this year in her movie debut Snake and Mongoose.

The flick co-stars big-name actors including Noah Wyle of ER fame and Grey’s Anatomy hunk Jesse Williams – known as Doctor Jackson Avery in the hit series – who is also executive producer of the film.

The plot focuses on the story of Southern California drag racers Don “The Snake” Prudhomme and Tom “The Mongoose” McEwen.

The pretty blonde 24-year-old wasn’t the only red-hot sighting on the day – the 1970 Maserati Ghibli Spyder SS she delicately leaned against is a collectors’ item and one of only 25 ever made.

The vintage motor is currently sitting at a reserve of a staggering $270,000 at auction.

And no doubt Nikki will have the price soaring even higher if her Hollywood dreams come in to fruition.

Snake and Mongoose is scheduled for release on September 6. 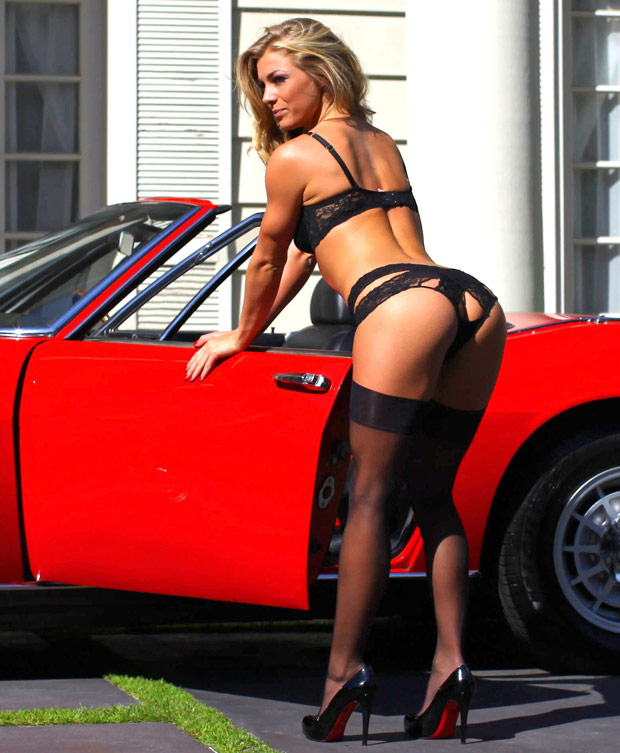 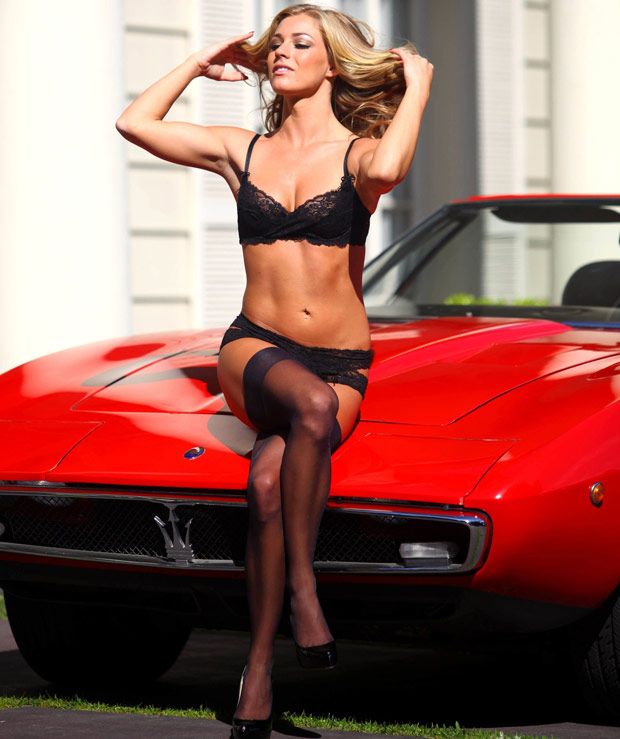 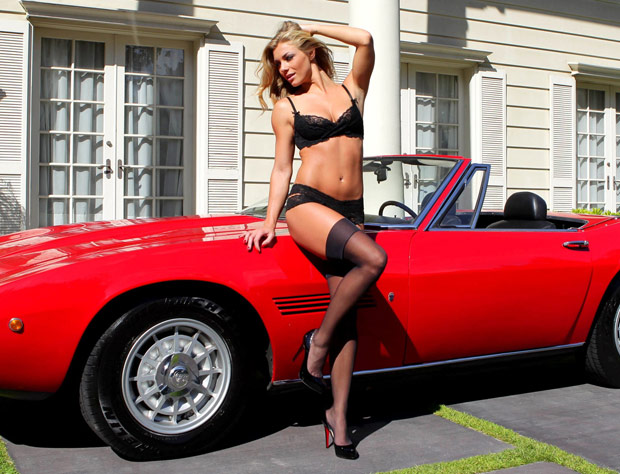 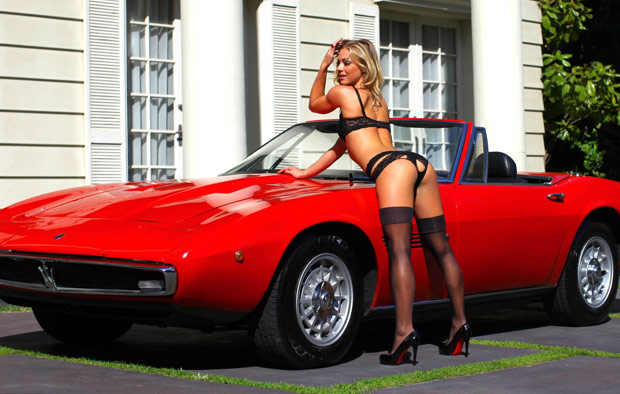 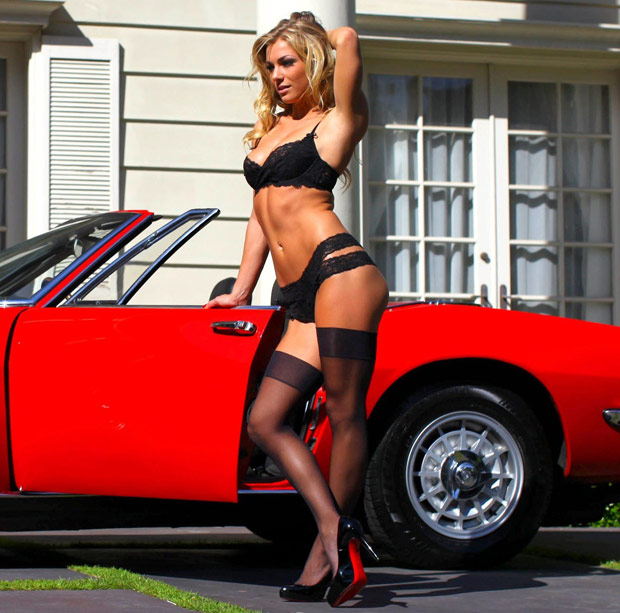 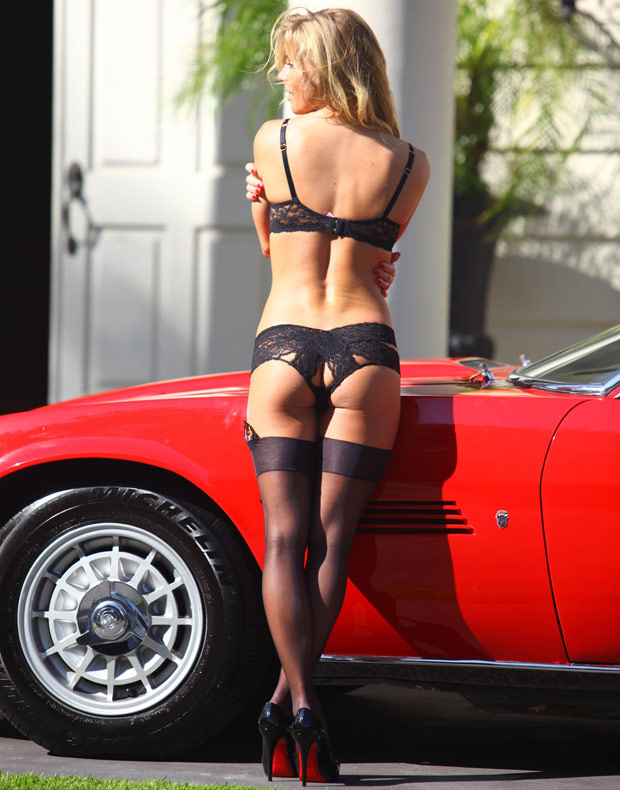