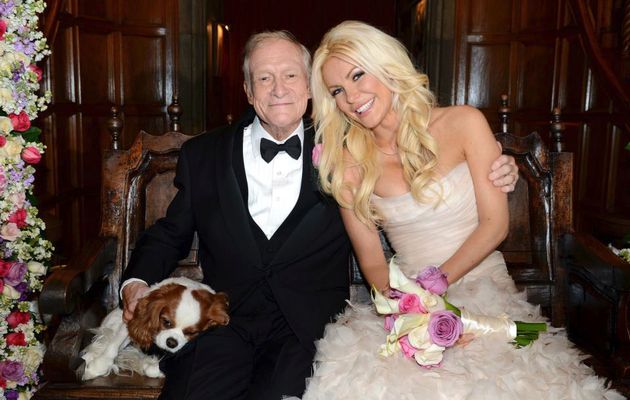 The 86-year-old Playboy magazine founder exchanged vows with his “runaway bride,” Crystal Harris, at a private Playboy Mansion ceremony on New Year’s Eve. Harris, a 26-year-old “Playmate of the Month” in 2009, broke off a previous engagement to Hefner just before they were to be married in 2011.

Playboy said on Tuesday that the couple celebrated at a New Year’s Eve party at the mansion with guests that included comic Jon Lovitz and Gene Simmons of KISS.

Hefner has been married twice before but lived the single life between 1959 and 1989.