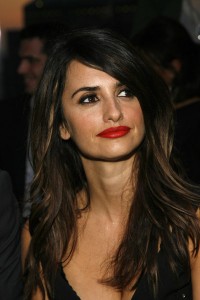 Question of whether Penelope Cruz is pregnant or not has finally been answered. “Penelope is 4 1/2 months pregnant,” reps for Penélope Cruz and husband Javier Bardem confirm.

The star’s agent released a statement saying: “Penelope Cruz is four-and-a-half months pregnant. At the moment she is on her way to London where the filming of Pirates of the Caribbean 4 is almost finished,” it read.

The couple began dating in 2007, but have rarely spoken of their relationship. Javier shocked many by referring to his lover when collecting Best Actor award at the Cannes Film Festival earlier this year.

“I share this joy with my friend, my companion, my love: Penelope: I owe you a lot and I love you so much,” he said.

Penelope has spoken of her desire to be a mother in the past, saying: “When I [have babies], I want to do it really well. I want it to be my best project in life. I believe in family, love and children.”