Paris Hilton out in a bizarre cut-out bikini top 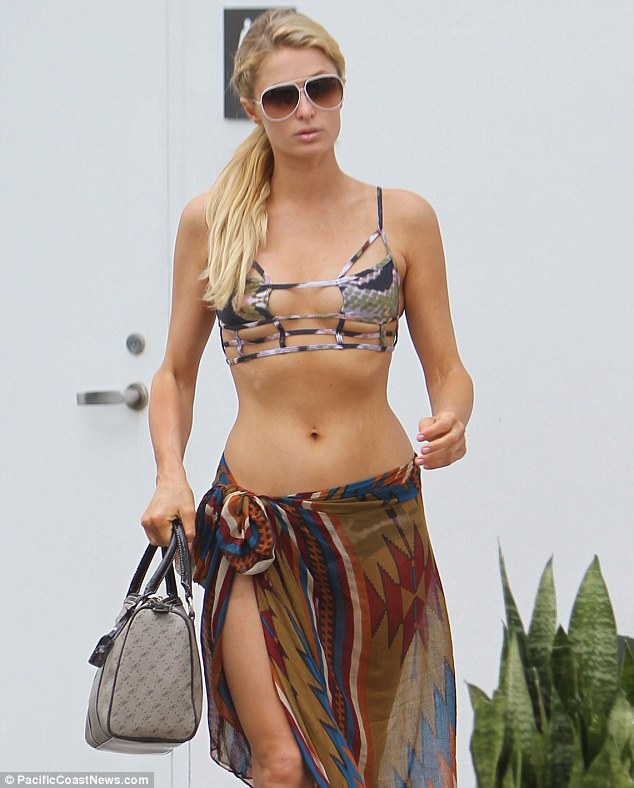 She is no stranger to showing off her toned figure in skimpy ensembles.

But Paris Hilton brought new meaning to the phrase barely-there on Monday as she headed out in a bizarre cut-out bikini top for a lunch date with boyfriend River Viiperi.

The 31-year-old socialite opted for the odd colourful top, which featured two tiny pieces of fabric across her breasts to conceal her modesty, as they grabbed some food in Miami.

Paris appeared entirely unselfconscious as she strolled along in the skimpy top, which she teamed with a sheer sarong skirt.

The former Simple Life star finished off the outfit with a pair of aviator-style sunglasses, and wore some black pump style shoes as she strolled along hand-in-hand with her toyboy beau.

And Spanish model River, 21, looked thrilled with his girlfriend’s outfit as they spent time together.
Paris and River have been in Miami for the past week for the Art Basel event in Miami Beach.

However, despite enjoying their time in the sunshine while frolicking together in the pool, Paris wrote on Twitter that she was keen to get back to her menagerie of pets. 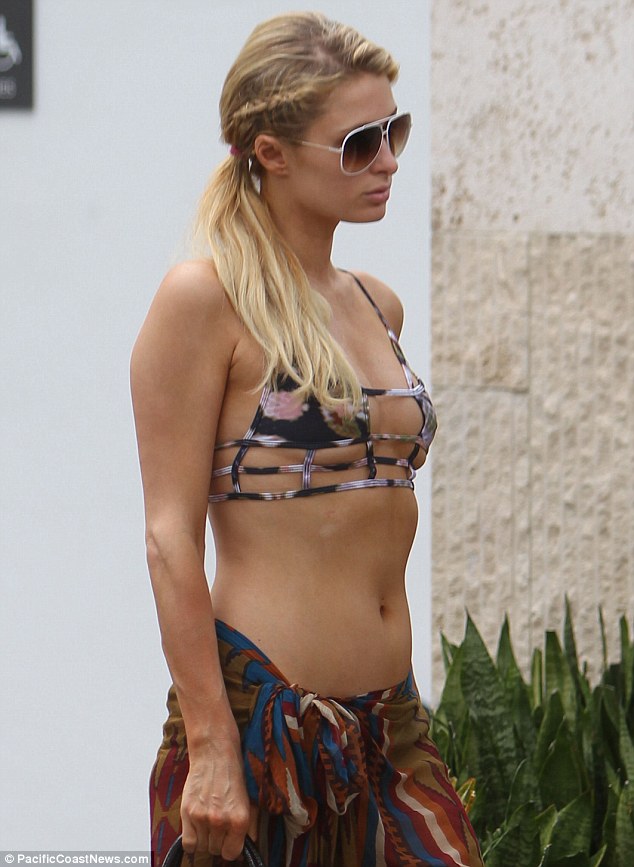 She tweeted: ‘Bye Miami. Taking off to LA with @RiverViiperi. Can’t wait to get home to my pets! Miss them so much!’

A few hours later Paris tweeted: ‘Bye Miami. Taking off to LA with @RiverViiperi. Can’t wait to get home to my pets! Miss them so much!’

The socialite then shared a picture of five of her dogs all keen to see their mistress, jumping up at the window while she prepared their food.