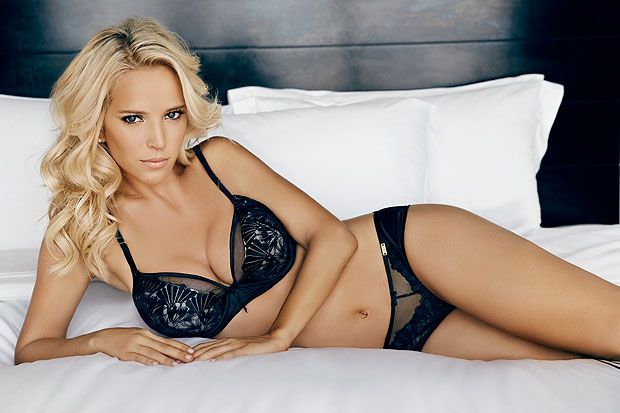 MICHAEL Bublé has one hot mama on his hands as wife Luisana Lopilato rocks a sexy photoshoot while four months pregnant.

When most mums-to-be would have their heads down the toilet, the Argentine star poses in lacy black underwear for British brand Ultimo.

Wearing a black floral-patterned sheer bra and matching knickers, the model, 25, lies seductively on a hotel bed in New York.

But as yet the Canadian singer’s missus showed no sign of a baby bump.

“She is the stunning Mum to be and looks effortlessly sexy as always.”

The petite model and her superstar hubby announced they were expecting a baby boy in March when Luisana was three months pregnant.

Michael and Luisana became engaged in November 2009 and tied the knot in Buenos Aires last March.

The collection is at Debenhams, Next, House of Fraser, ASOS and ultimo.co.uk.