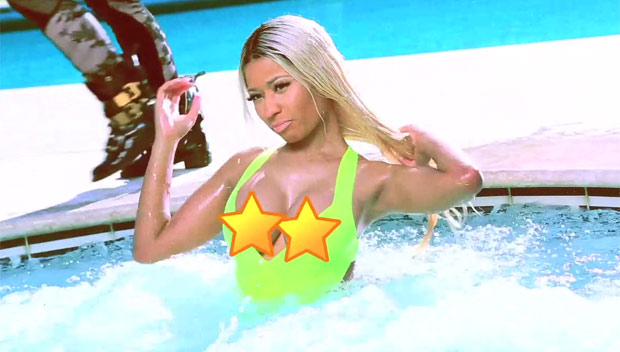 NICKI Minaj goes x-rated as she flashes her nipples yet again on the set of her latest music video.

The feisty female rapper let more flesh than she planned on go on show as she slipped into a skimpy green swimsuit for a dip in a bubbly jacuzzi.

In a behind the scenes video from the shoot for new single High School, Nicki also goes through a variety of outfit changes in to equally risque designs that struggle to contain her assets while she wriggles about in the water.

And she goes in to full diva mode as she is repeatedly seen being carried around by a burly minder instead of walking – hopefully something to do with the size of her heels not her ego. 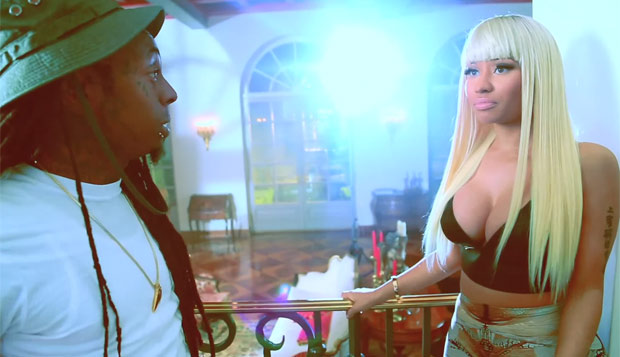 The YMCMB star was hospitalised just hours later after he suffered a series of seizures on the set.

He has since been released and sent home to rest following the latest in a line of unexplained episodes in recent months.

Nicki recently exposed her bare breasts for another music video with just gold stars covering her nipples in her collaboration with French Montana Freaks. 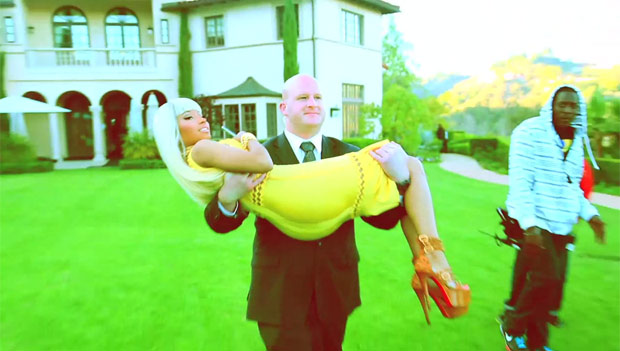 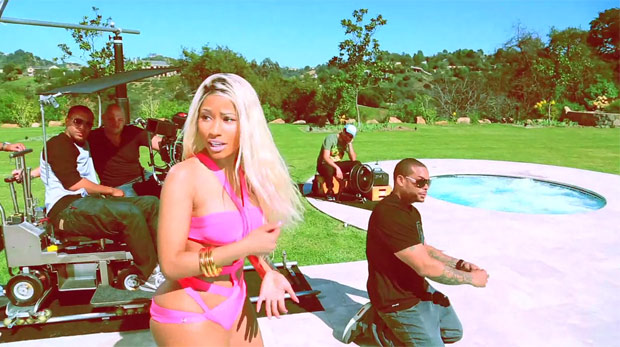 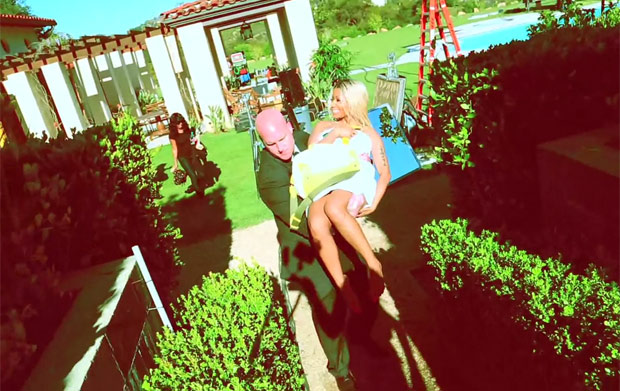