Natalie Portman – No to Baby Oscar 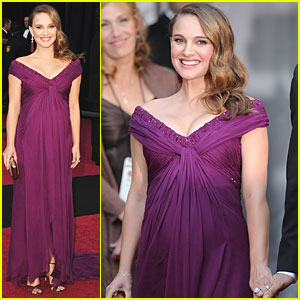 Natalie Portman insists she won’t be calling her baby Oscar. The pregnant screen siren — who received the Best Actress gong at last night’s Academy Awards — is currently pregnant with her first child, but says she won’t use her statuette as inspiration should she have a boy.
“There has been a lot of talk of calling the baby Oscar if it’s a boy,” says Natalie.
“It’s a nice name but now I don’t think it would be right to have two Oscars in the house. We wouldn’t want to get confused!”
It was recently claimed that Portman and her fiance Benjamin Millepied are expecting a boy.