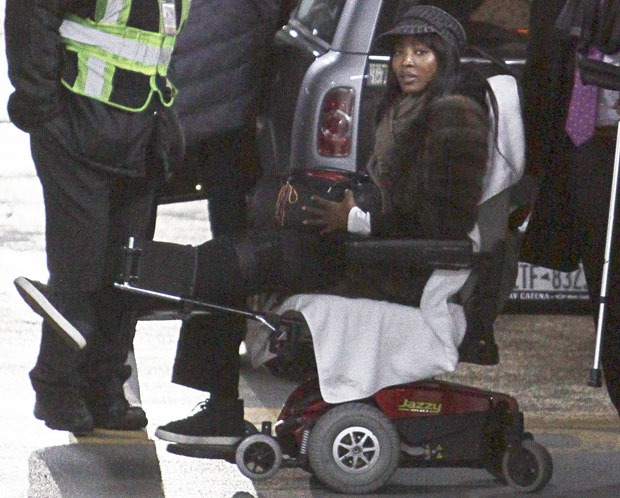 NAOMI Campbell is recovering after being violently attacked and robbed in Paris, according to the New York Post.

The supermodel is said to have been set upon as she tried to hail a cab in the French capital.

The 42-year-old beauty tore a knee ligament and travelled to the US for surgery.

She was seen with her leg elevated and her knee in a brace when she was pictured in New York, last month.

One source told the paper: “It was terrifying. Naomi believes the assailant had been watching her, casing her out, and waited for a moment to strike when she was alone. She was attacked in the street as she hailed a cab, and robbed.

“Her leg was injured as she was violently pushed to the ground. She was understandably very upset and shaken up.”

It has not been revealed what was taken in the robbery, but it is understood the incident was reported to French police.

It is unclear when Naomi will be fit to return to the catwalk.

The London-born model was treated by top knee surgeon Richard Steadman, who has footballers Alan Shearer, Ruud van Nistelrooy and Ronaldo among his former clients.