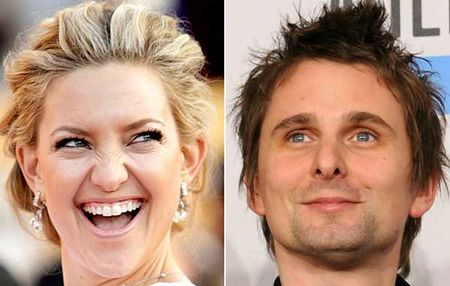 Kate Hudson is pregnant, expecting a baby with boyfriend Matthew Bellamy, the frontman of the band Muse. This is a second child for the actress, 31, and the first for Bellamy, 32. Ryder, the actress’ son with ex-husband Chris Robinson of the Black Crowes, is 7. “It was not planned, but they are excited and embracing it,” a source told Us Weekly, which first reported the news. Hudson and Bellamy have been dating for about nine months, said People, which quoted a source as saying, “They couldn’t be more excited.”