Is Morgan Freeman Dating his Step-Granddaughter? 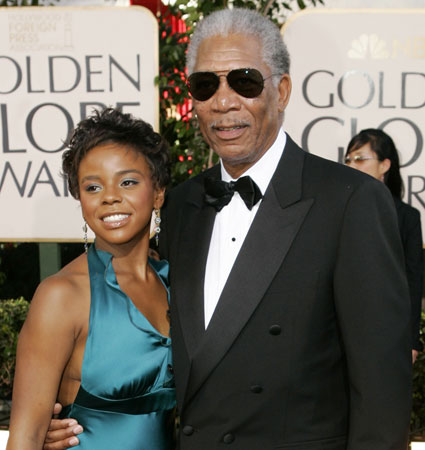 Morgan Freeman is clearly stating, once and for all, that he has never been romantically involved with his step-granddaughter E’Dena Hines, and claims that all accusations are “defamatory fabrications.”

This recent statement was a response to news indicating that him and his step-granddaughter Hines have been dating for almost a decade and are planning to get married soon.

Freeman’s representative explains that the actor never responded to these accusations because he didn’t want to “dignify these stories by commenting” but now he feels he must fight back because several “mainstream media” channels have been reporting this false information.

In his statement, Freeman explains, “The recent reports of any pending marriage or romantic relationship of me to anyone are defamatory fabrications from the tabloid media designed to sell papers. What is even more alarming is that these fabrications are now being picked up by the legitimate press as well.”

Hines also made a statement saying, “These stories about me and my grandfather are not only untrue, they are also hurtful to me and my family.”

Hines is the granddaughter of Freeman’s first wife, Jeanette Adair Bradshaw. She and Morgan are not blood relatives.

Do you think Morgan Freeman is a victim of tabloid trash or do you believe there’s no smoke without fire?