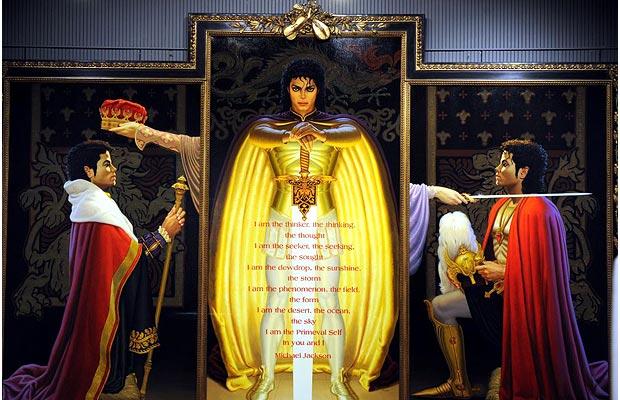 A collection of Michael Jackson photographs have sold for more than $265,000 at auction in Paris, France. The snaps were taken in 1999 by French photographer Arno Bani as the pop superstar attempted to revamp his image ahead of the release of his 2001 album “Invincible”.

A number of the Bani shots had been intended as the record’s artwork, but other pictures were chosen instead. The photographs were sold this week and the collection raised more than $265,000. The top-selling item was a picture of the singer in a Pharaoh-style pose – bare-chested and wearing a golden cape – which fetched a massive $34,880.