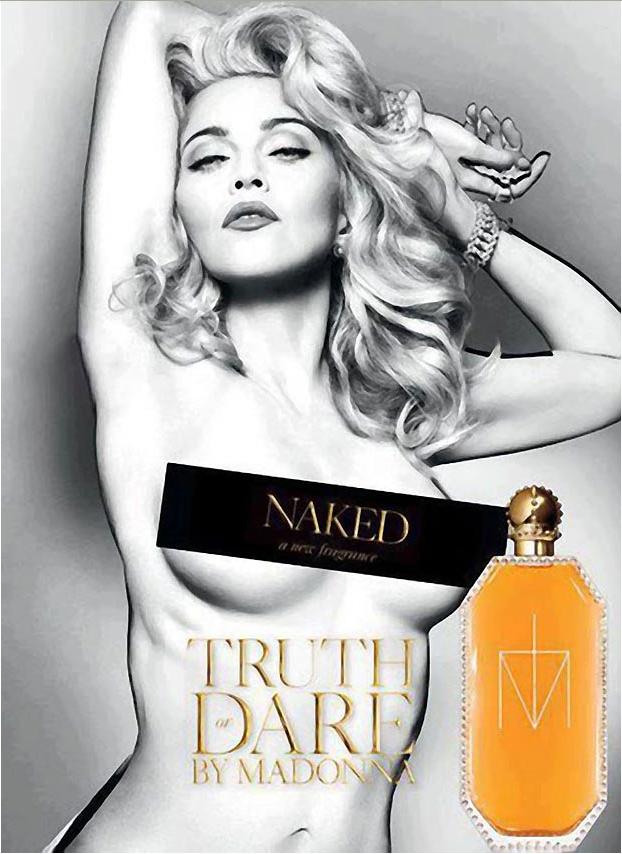 London: Madonna, who strips bare to promote her new perfume, looks several decades younger than her 54 years in the arresting ad to promote her Truth or Dare by Madonna Naked scent.

The Queen of Pop has spent much of the year flashing the flesh at her live shows, and she’s gone the whole hog on this occasion.

Only this time, she’s arguably had the years turned back by a generous helping of the airbrush.

Striking a seductive pose with her hands behind her head, Madonna’s blushes are spared by the bust-concealment of her new perfume’s logo, the Sun reported.

The singer has been heavily criticised for refusing to gracefully accept middle age, choosing instead to defy her years onstage by donning youthful attire like a cheerleader’s outfit.

However, a recent shot of her in New York showed Madonna looking every bit her age.

She wore a cosy gorilla hat for her low-key visit but her au naturel face appeared wrinkled.