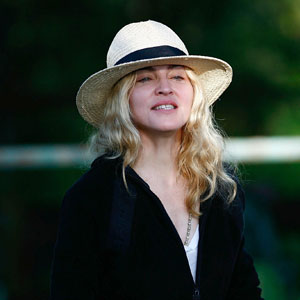 Madonna popularity keeps on dropping in Malawi. First of all the Queen of Pop caused controversy when she adopted daughter Mercy James from the country, allegedly using her status to cut through lengthy red tape, and now she’s said to have angered locals after plans for her girls’ school were cancelled.

Although Madonna performed a brick-laying ceremony at the site in Chinkhota village, Lilongwe, ten months ago, she has now reportedly shut the building work down, saying she will instead focus on helping education in Malawi as a whole, announcing:
“I realize that the plans I had in place for the Raising Malawi Academy for Girls simply would not serve enough children. The implementation of my original vision is now on a much bigger scale.”

The angry villagers feel cheated.  I think most of us feel a bit sad with this decision.