Madonna flashes her Boob in Turkey!!?? 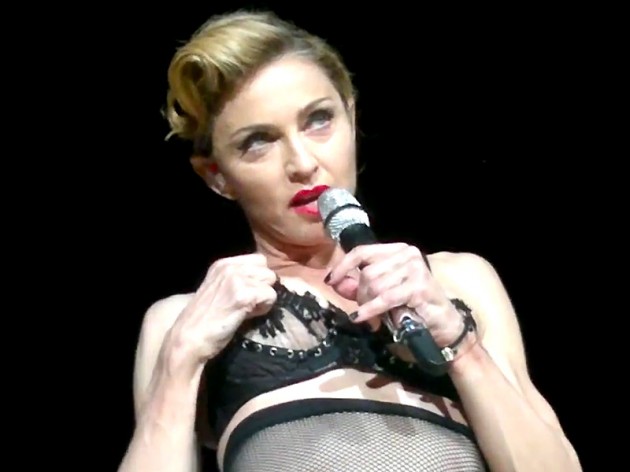 According to media sources in Turkey, the controversial Queen of pop Madonna flashed her boobs in her concert in Turkey.

For some strange, inexplicable reason,Madonna flashed the audience at her MDNA concert in Turkey last night. The Queen of Pop was singing ‘Human Nature’ and suddenly began stripping down, showing the audience the words ‘No Fear’ written on her back. To make the situation even weirder, she was wearing her bra and odd panty-hose type dealies that came up right underneath her boobs — not the most flattering outfit for a strip-show. According crushable.com she was in her bra, and all of a sudden and for seemingly no reason, she pushes it down to reveal her bare, 53-year old boob.

Well many would say its just Madonna but damn that was weird especially in Turkey.