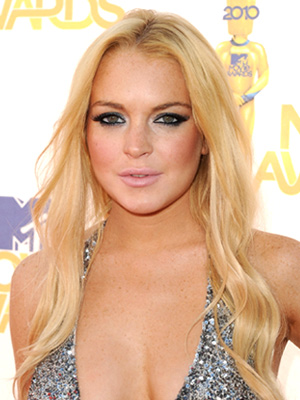 It seems that Lindsay Lohan simply won’t catch a break from the media. In rebuttal to the latest gossip circulating around her, Lindsay says there’s no truth to reports she was drinking alcohol at a SAG Awards after party this weekend. She is now threatening to sue the media outlets that published that story.

A source close to Lindsay says, “… Lindsay is already exploring her legal options with her attorneys … because she feels the false stories are sabotaging her effort to save her career.”

Lindsay admits she was present at the party at the Chateau Marmot Hotel in Hollywood last Sunday night, but she insists she sat with Alan Cummings the entire evening and drank only water.

Linsday is also very upset about reports indicating she was at a gas station buying vodka and Red Bull and making out with Dennis Hopper’s son Henry.

Sources close to Lindsay say with certainty that the two are just friends, never made out, and that the only items she purchased from that gas station were soda, chips, and cigarettes.

Tsk, tsk. Poor Lindsday, it seems that her old bad habits are shadowing her till today.

What do you think? Has Lindsay really changed or is she back to her old ways?

Newer Post The “Boss” Added to the All Star Grammy’s 2012 Performer List
Older PostWael vs. Ragheb vs. Assi