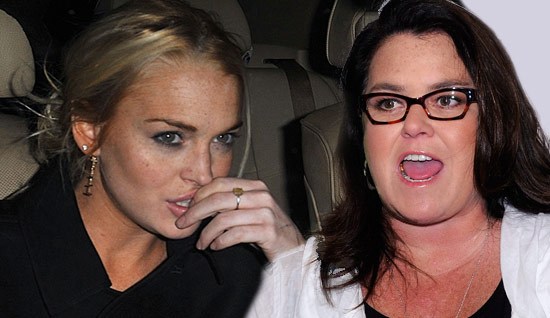 Lindsay Lohan is terribly shocked after Rosie O’Donnell attacked her live on TV yesterday, since she believes she’s always had a good relationship with Rosie.

Sources close to Lindsay explain that there were never any bad vibes between the two and that they were always on good terms. Rosie was always nice to Lindsay and Lohan would always say hi to her at events.

Sources also mentioned that Lindsay has always been fond of Rosie because one of Lohan’s first talk show appearances was on Rosie’s show in 1998, when 12-year-old Lindsay had just finished filming “The Parent Trap.”

Lindsay isn’t upset at Rosie’s attack though, because she’s not the only person who is uncertain about Lindsay’s comeback, specifically with her upcoming role as Elizabeth Taylor – and this is something she certainly can’t afford messing up!

Lindsay is just going to have to prove Rosie and the rest of the haters wrong!

Do you think Lindsay is worth of this role? Will she be able to pull it off after years of being on the wrong track?