LeBron Celebrates with Champagne till 6 AM! 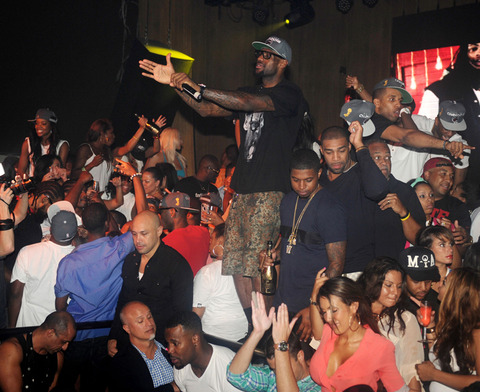 After playing and winning an epic game two nights ago, LeBron James said, “It’s about damn time.”He then continued the night with his Miami Heat teammates by going to the LIV Miami nightclub at the Fountainebleau Hotel, where they partied till dawn – literally!

LeBron was seen drinking out of a 15-liter Ace of Spades champagne bottle, which is priced at $75,000! That shouldn’t be a problem for his fat paycheck though!

Sources say that LeBron took over the microphone, rapping along with the music all night as his teammates enjoyed their cigars.

The Miami Heat boys must be completely hungover and exhausted today, but they sure deserve a good rest after such a long a tiring season.