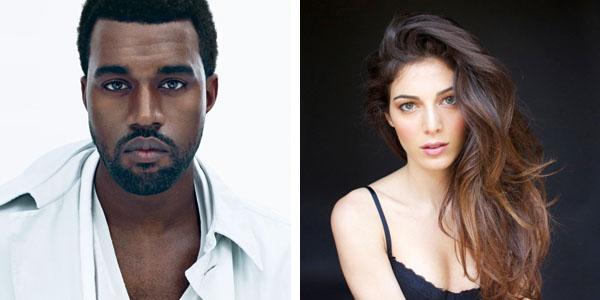 Kanye West will be unveiling his new movie at the Cannes Film Festival on May 23, where it will be open for public viewing for two days, though it won’t be participating in the film festival competition.

Cruel Summer, written, directed and produced by Kanye, will be featuring actor-comedian Aziz Ansari, Ali Suliman, rapper Kid Cudi as well as one of our very own; Lebanese actress Razane Jammal (see photo above).

This stunning Lebanese beauty was compared to Kim Kardashian by www.hollywoodlife.com in an article titled, “Sexy Kim Kardashian Look-Alike Starring in Kanye West’s Movie Revealed.”
The article mentions that, “One of the actresses, Razane Jammal, is a definite Kim Doppelganger, with her long brown hair and curvy body!”

We can’t wait to get a glimpse of this movie, which according to MTV is “a fusion of short film and art installation…an immersive seven-screen experience.” According to sources, it was inspired by the G.O.O.D. Music compilation album.

Newer Post Music Sharing Monday on BeirutNightLife.com!
Older PostDo You Want to be the Next ‘Jimmy Choo’ Model?