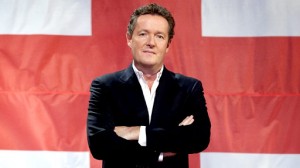 Starting next January, CNN announced that Piers Morgan will over for Larry King in one of the world’s prime time sports on television. Morgan, the British-born journalist and talent show judge (America’s Got Talent), will host a new show weekdays at 9 p.m on CNN, the network said. No name has been given to the show yet.

Morgan will remain on “America’s Got Talent” as a judge, and he will also retain a role on ITV, the British network, where he hosts an interview series called “Life Stories.” His guests there have included Gordon Brown, Simon Cowell, Sharon Osbourne, Richard Branson, and Geri Halliwell.
“Larry King Live” last episode will be on December 16, but the famous King will continue to host occasional specials for CNN.