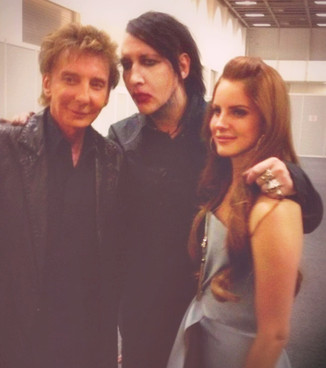 For the past couple of weeks, rumors have been circulating that Lana Del Rey and Marilyn Manson could be starting a new romance. According to a local Berlin newspaper, the two were spotted sneaking into a hotel elevator together.

The newspaper reported that the pair were first sighted having dinner at the city’s Grille Royale restaurant, after which they met up at the Grand Hyatt hotel where they were spotted taking the elevator to Manson’s room.

Lana Del Rey is said to be dating Barrie O’Neil from the rock band Kassidy, which has covered Del Rey’s “Video Games” during a live performance. According to sources, the two have been dating for the past seven months, so the Manson-affiliated rumors are yet to be confirmed.