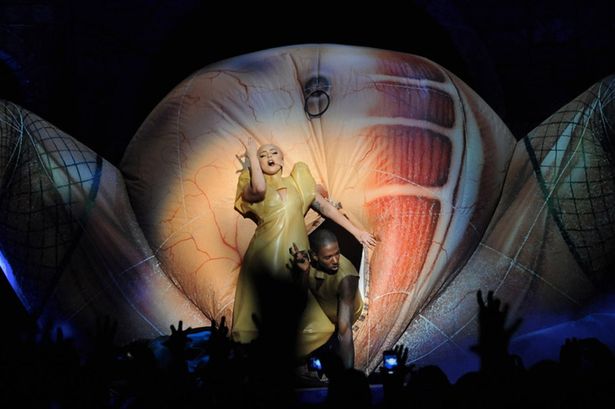 She describes her music as ‘when pop sucks the t**s of art’, but Lady Gaga was all about a different part of the female anatomy on stage last night.

And when we thought her costume changes or fashion choices couldn’t shock us any more, Gaga has started using props to make our jaws hit our chest and eyes pop out from our face.

While the likes of Justin Bieber are content with being lowered from the skies with cables and giant mechanical wings , Gaga has decided to climb out of what appears to be a giant vagina.

The singer didn’t let her fans down with a number of Gaga-style controversial moments when performing on the first night of her Born This Way Ball tour at the Staples Center in Los Angeles.

One fan, posting under the name Catherine Yi, wrote: ‘Real unicorns and an inflatable vagina. Only at a @LadyGaga show.’

Gaga even wore a replica of her infamous meat dress before feeding herself into a meat grinder, as you do.

One lucky backing dancer also had her bum firmly groped by Gaga – which is no doubt a perk of the job.

You’re probably looking at these pictures and wondering how they compare with some of her other best/worst outfits.

It’s only been a week since she suffered an embarrassing wardrobe malfunction when herlatex pants SPLIT and exposed her actual bum. Awkward.

Gaga is rumoured to headline a private party for members of Barack Obama’s presidential campaign staff on Tuesday night.

We’re not sure if Obama is going to wear something neon and have a giant novelty foam hand for the gig. But we hope he’s got something wacky planned and the Prez is ready for a giant inflatable vagina. 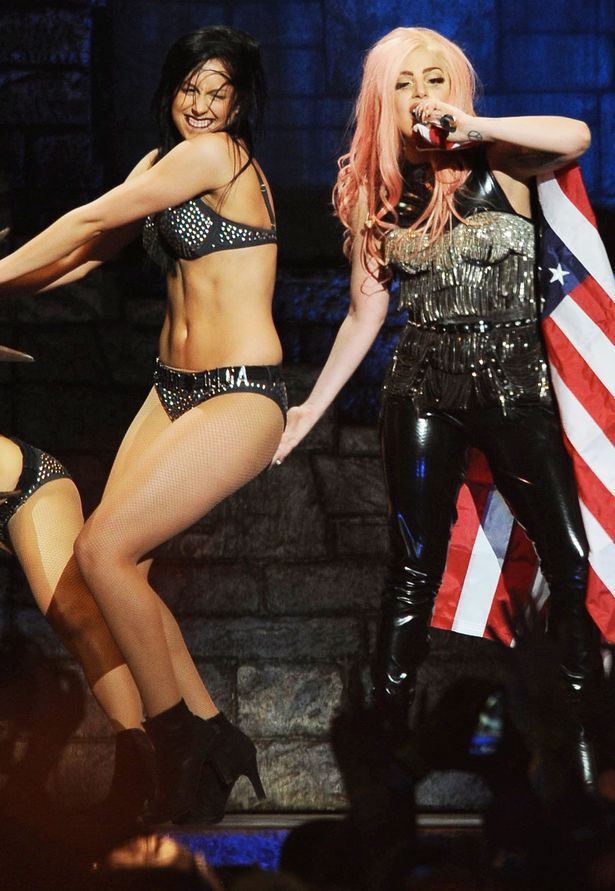