Kris Humphries Has a New Girlfriend 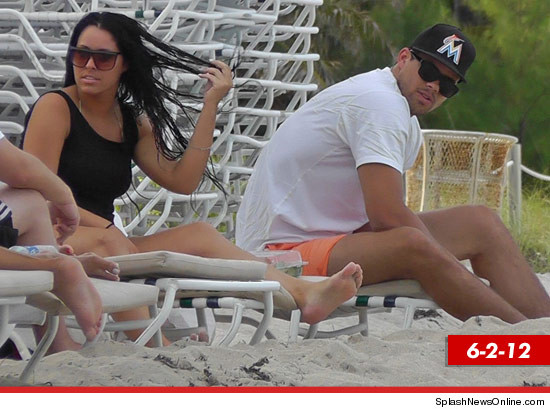 Kris Humphries, former husband of Kim Kardashian, was spotted on a beach in Miami last Saturday with a brunette that he denies he’s dating.

According to sources, 25-year-old Fatmire Sinanaj (a.k.a. Myla) spent the weekend with Kris in Miami after he flew her in from New York City. Kris denies this by claiming she’s simply a neighbor he’d never met before, who coincidentally walked out on the beach as the paparazzi were snapping photos of him.

Sources explain that this not true, since the two have been dating since mid-January.

This comes as a surprise to many, since Kris kept telling everyone how upset he was because Kim had filed for divorce. Meanwhile, he was seeing Myla quite a lot as well as giving her and her family courtside seats to some of his games and granting her access to the area leading to the locker room.

Kris and Myla met at a well-known 5-star hotel where Myla works and had helped him with several requests.

Myla couldn’t be reached for a comment and Kris had no comments.