Kim and Khloe Kardashian in epic BUTT OFF 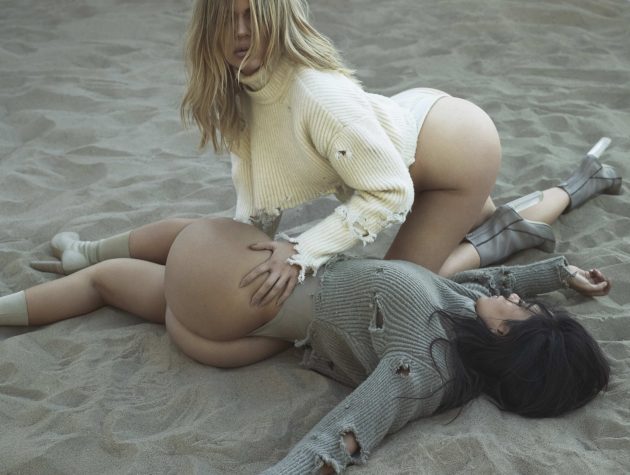 The two kurviest Kardashians with the bodies to die for, Kim and Khloe, have featured in a very racy photoshoot for German magazine 032c, ‘conceptualised’ by Kim’s husband Kanye West.

The photos, which were released on the magazine’s Instagram page, see Khloe and Kim wearing revealing body suits and touching each other while rolling around in sand.

The other sees the pair holding hands in the shower, wearing wet skintight leotards, exposing their breasts through the sheer fabric. 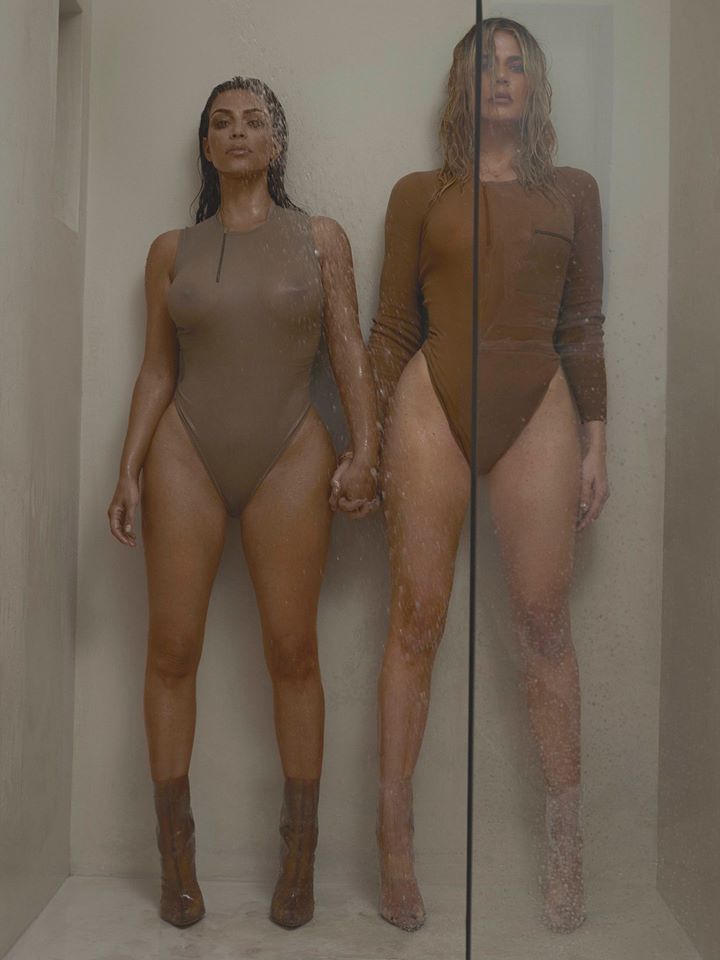